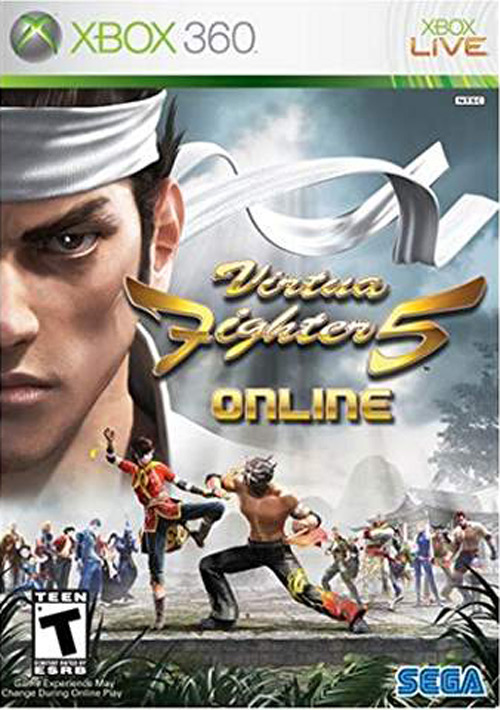 Virtua Fighter 5, the game that pioneered the 3D fighting genre is back and online for the first time ever. The latest instalment in the popular series is currently under development for the Microsoft Xbox 360 and will release this fall. Virtua Fighter 5 raises the bar for console fighting games including all the features fans know and love plus enhanced gameplay mechanics, leaderboards, and online multi-player.

Virtua Fighter 5 will deliver fast-paced, adrenaline-pumping action as players head into battle, taking on a host of popular characters. Play as one of the 17 default characters in the game or customize a character in the quest mode. Players will be able to modify their characters by selecting from four base costumes and then decorate them by attaching a wide range of unlockable and earnable items. Players will not only achieve victory by defeating highly-skilled opponents, but also by competing for prizes and earning in-game money allowing them to buy many items at an in-game shop. Further building upon the depth of the series, players will now be able to move around their opponent using an "Offensive Move" technique, adding a new strategic element to their battles.

New to the Microsoft Xbox 360 version, Virtua Fighter 5 will be based on the most current arcade game update and feature both analog stick and D-pad control, as well as vibration support. Arcade Mode will now include online leaderboards that will allow you to compare your single-player fighting prowess with people all over the world. You'll also be able to download arcade matches and learn the techniques of the top players on the leaderboard. The game will also include a more robust Quest Mode featuring more CPU rivals, as well as selectable character items and emblems for character customization. The DOJO mode has also received some added features including new leader-board post sections, move locks to practice and perfect a particular move, throw escape training, the option to change your opponent's foot position, and changing how your opponent recovers from falls to broaden your over all fighting strategy. It will also be possible to save characters created in the Quest Mode on a Memory Unit and play with those characters against other people's customized characters in the VS Mode on other Xbox 360 systems.