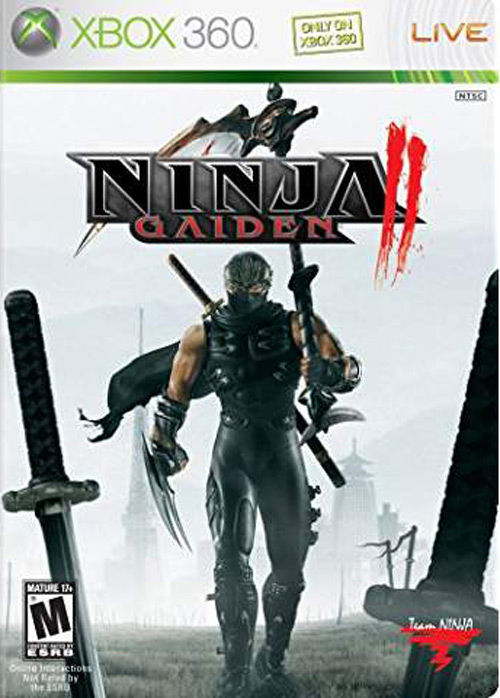 "Ninja Gaiden 2" makes its long-awaited debut on Xbox 360 as the blockbuster action-packed sequel to "Ninja Gaiden." "Ninja Gaiden 2" features a new and improved game engine, developed from the ground up exclusively for Microsoft and Xbox 360 by Team Ninja and legendary game developer Tomonobu Itagaki, creator of the famed "Dead or Alive" franchise.

In "Ninja Gaiden 2," gamers must guide Ryu Hayabusa on a mission to avenge his clan and prevent the destruction of the human race. Armed with an assortment of ninja weaponry, players must help Ryu skillfully maneuver through a world fraught with peril and danger. "Ninja Gaiden 2" will feature an all-new gameplay engine, a new auto-health regeneration system, levels, adventures, enemies and thrilling combat with an extensive assortment of ninja weaponry, representing a true evolution of the highly popular franchise.