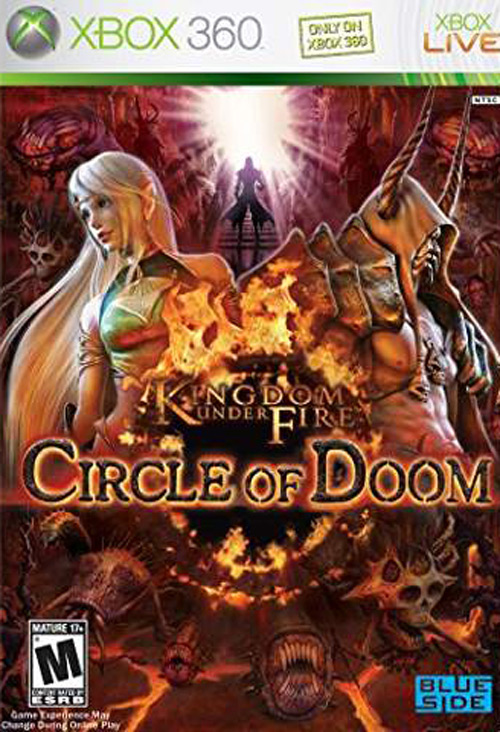 The words "Action" and "RPG" may sound familiar to many gamers, but Circle of Doom is filled with never-before-imagined innovation and fresh ideas. Players will explore randomly generated vast dungeons and face off monsters swarming the screen in thousands and attacking from all directions along the floors, walls, and ceilings of the dungeons.

The combats in Circle of Doom stay clear of the traditional RPG style, where damage marks/numbers are exchanged in turn with the occasional display of fancy magic effects. Players have to actively engage in dynamic battle and create effective combos with various weapons to defeat the monsters. During the heated battle, everything in the environment can be destroyed and affect the movement of enemies.

Sometimes carving out a hole in the wall may lead to a new path or unearth valuable items. (Forget the barrels and chests cliche.) The heroes will find increasingly devastating and spectacular ways to purge the evil in the forms of new abilities and weapons, or even create their own arsenal by combining the existing ones.

Circle of Doom also delivers a complex and twisted story plot in a very different and new way. However, players are not forced to understand and follow the story. Even during a multiplayer game, one player's choice to stick with the plot will not slow the others from journeying onward.

2. Tales of the Abyss (PlayStation 2)