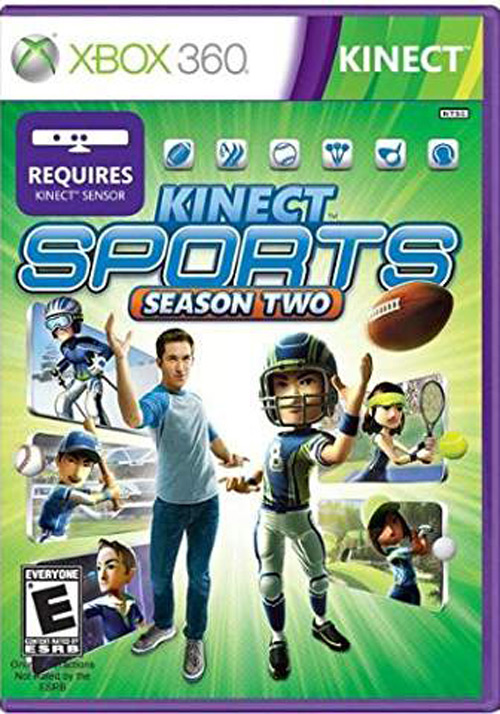 Step up to the plate, reach for your driver to tee off, or serve up an ace as the most popular Kinect franchise returns with "Kinect Sports: Season Two" – only on Kinect for Xbox 360. With six thrilling new sports to jump into and enjoy, "Kinect Sports: Season Two" pulls the whole family off the couch and turns your living room into a world-class sports arena where intuitive, full-body gameplay and friendly competition reign supreme. Following the top-selling and award-winning “Kinect Sports”, the second season amps up the action and delivers sporting gameplay like you've never seen – or felt – before!

"Kinect Sports: Season Two" sprints out of the box at full speed, taking full advantage of the revolutionary Kinect technology and its latest exciting features, such as in-game voice commands and enhanced motion tracking. Bringing the family together and introducing Challenge Play to Xbox LIVE and living rooms worldwide, "Kinect Sports: Season Two" harnesses the power of friendly competition to provide a more immersive experience for everyone from casual players to top-notch athletes and hardcore sports fans.