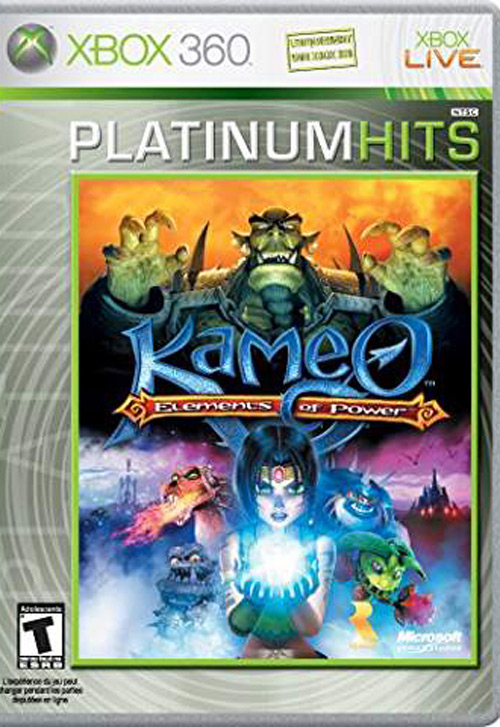 Kameo: Elements of Power for Xbox 360

The future of Kameo's world hangs in the balance in this imaginative action-packed game. Only Kameo, who has the ability to morph into powerful monsters, can combat the evil troll king and his mighty army to free her mother the Queen and her Ancestors.

To pull off this rescue, you'll need to unleash your arsenal of 10 incredible elemental warriors. But an array of brutal attacks and impressive weaponry alone won't save the world from evil. Crafty use of your creatures is also vital to succeeding your quest. The power to choose is yours as you battle through and explore this sprawling fantasy world.

In true Rare fashion, the world is wondrous, the challenges are brilliant, and the combat innovative and unique.