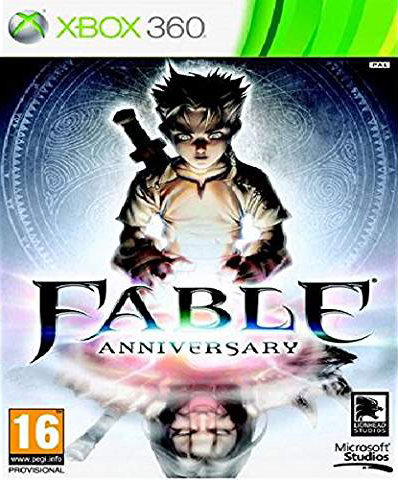 Fable is a ground-breaking role-playing adventure game from Peter Molyneux, in which your every action determines your skills, appearance, and reputation. Create your life story from childhood to death. Grow from an inexperienced adolescent into the most powerful being in the world. Choose the path of righteousness or dedicate your life to evil. Muscles expand with each feat of strength; force of will increases with each work of wit. Obesity follows gluttony, skin tans with exposure to sunlight and bleaches bone-white by moonlight. Earn scars in battle and lines of experience with age. Each person you aid, each flower you crush, each creature you slay, will change this world forever.