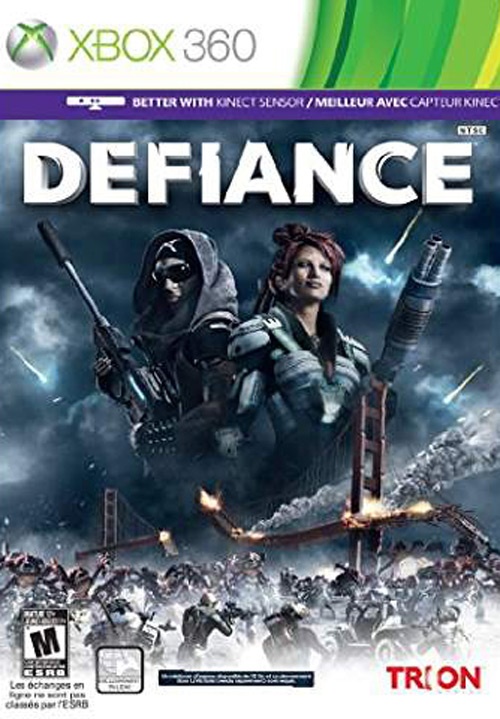 Defiance is the first multi-platform shooter MMO, that in a ground-breaking entertainment experience, interconnects with a global television program on Syfy. The game combines the intense action of a console third-person shooter, with the persistence, scale, and customization of an MMO, while its TV counterpart exudes the scope, story, and drama of a classic sci-fi epic. Being developed for the PC, Xbox 360 video game and entertainment system from Microsoft, and PlayStation3 computer entertainment system, Defiance unites the MMORPG and Shooter game genres across the most popular platforms.