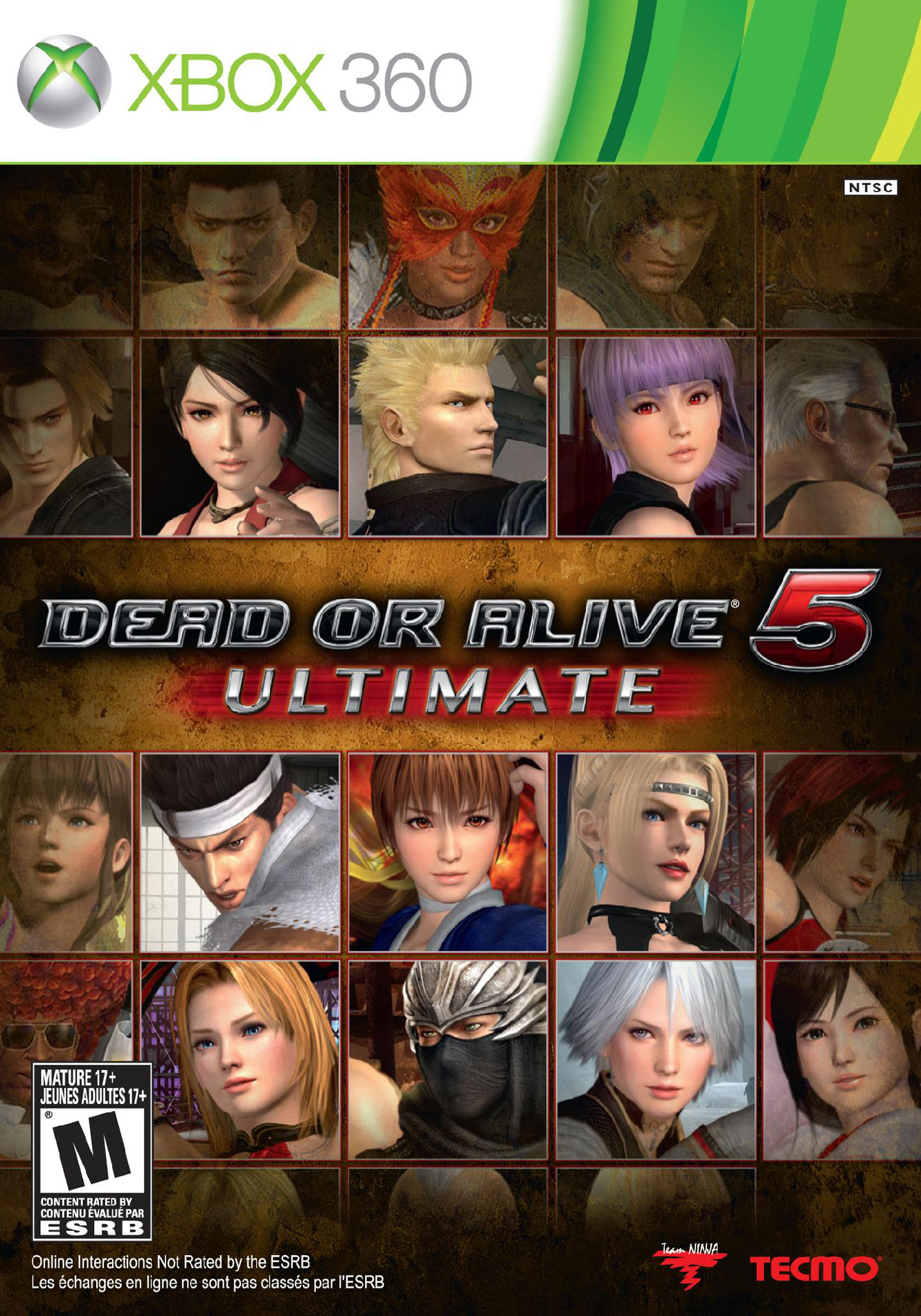 DEAD OR ALIVE 5 ULTIMATE heightens the signature DOA fighting style with the inclusion of all of the new modes from DEAD OR ALIVE 5 PLUS, new stages and new fighters, including the first ever DOA appearance of Momiji and levels from the NINJA GAIDEN's series to deliver the best in fighting entertainment.

DEAD OR ALIVE 5 ULTIMATE is the definitive DEAD OR ALIVE 5 package, with new content aimed to bring players the best 3D fighting experience to date. The addition of modes from DEAD OR ALIVE 5 PLUS, including "Move Details Plus" and a tutorial mode, will allow novice and expert fighters to refine their fighting style with razor-fine precision.

Players will take on the roles of their favorite DEAD OR ALIVE fighters-as well as combatants new to the franchise-in an intense, action-packed brawler set in visually striking locations from around the world. The game's dynamic interactive stages include the return of classic fan favorites as well as new locations from the NINJA GAIDEN series, such as Sky City Tokyo, and features deadly new danger zones including the Great Buddha Statue that change with the flow of the fight.

Characters in DEAD OR ALIVE 5 ULTIMATE continue to push a sensual yet realistic style, rendered in incredibly lifelike detail bringing every fighter to life in the heat of combat. The largest lineup in DOA history includes the first ever appearance of NINJA GAIDEN's Momiji who utilizes the Hayabusa-style Aikijutsu taught to her by the master himself, Ryu Hayabusa.

Along with a plethora of single-player modes including story mode, DEAD OR ALIVE 5 ULTIMATE will retain Online battles allowing players to compete head-to-head in a variety of playing fields and battle modes with another opportunity for fighters to improve their skills as they watch competitive matches.