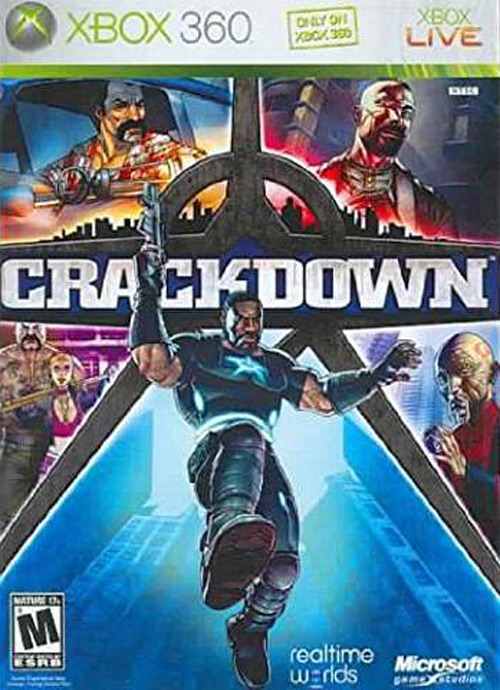 Crackdown pushes the action-driving hybrid genre into the next generation with the first ever truly 3-D playground. Enforce justice by any means necessary in a crime-ridden urban center built to encourage the exploration of the full width, depth, and height of the city. Coupled with highly innovative co-op gameplay, a first for the genre, and an interactive world where nearly anything can be used as a weapon, create a volatile cocktail of action as you clean up the streets.

Crackdown is developed by Scotland's Real Time Worlds exclusively for Microsoft Game Studios and Xbox 360. Real Time Worlds is led by Dave Jones, the creative mastermind behind some of the most innovative and best-selling video games including the global blockbuster Grand Theft Auto and the legendary hit Lemmings.