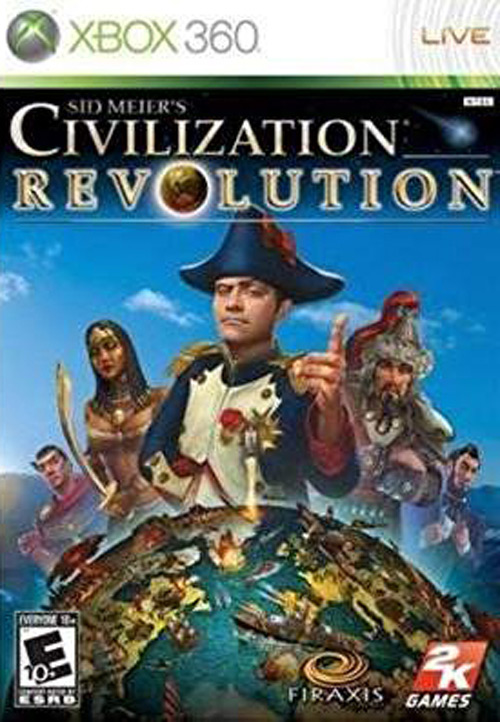 In Civilization, players strive to become ruler of the world by establishing and leading a civilization from the dawn of man into the space age - waging war, conducting diplomacy, discovering technologies, going head-to-head with some of history's greatest leaders, and building the most powerful empire the world has ever known.

Sid Meier's Civilization Revolution is a watershed game, offering players a chance to experience the epic empire-building world of Civilization in an all new accessible, visually immersive, and action-packed world specifically designed for the console and handheld gamer.

Delivering Civilization’s renowned epic single-player campaigns featuring vast re-playability and unmatched addictive gameplay as well as revolutionary features like real-time interaction with leaders and advisors, extensive multiplayer capabilities and integrated video and voice chat, it will completely transport the Civilization series to a level of gameplay that fans have never seen before.

Hall of Fame Game designer, Sid Meier, has been called "The Father of Computer Gaming" with such early hits as F-15 Stealth Fighter, Railroad Tycoon, and Pirates. He put computer gaming on the map however, in 1991, when he delivered Sid Meier's Civilization to the gaming world launching the "God Game" genre and creating one of the most award winning and addicting games on the planet. Civilization remains one of the world's top selling PC game series with over 8 million units sold and is recognized by the press as one of the greatest game franchises ever created.

1. Mario vs. Donkey Kong 2: March of the Minis (Nintendo DS)