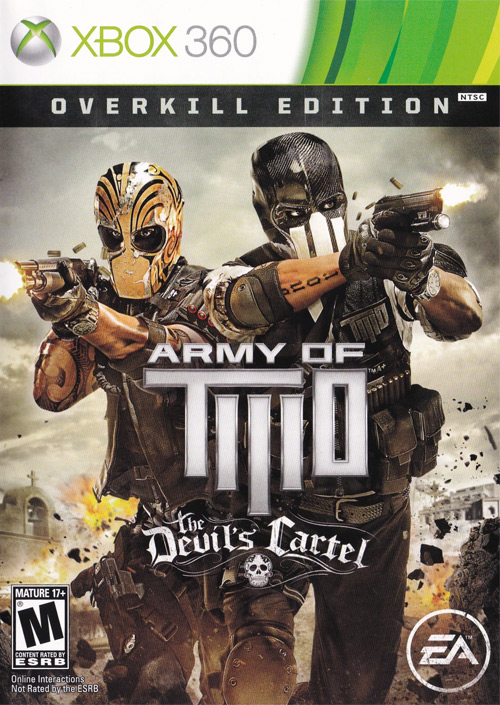 Become an instrument of mass destruction in Army of Two: The Devil's Cartel. For the third installment of the franchise, you and your teammate will experience and create unprecedented amounts of mayhem and bedlam while serving in the Two.

While you and your partner lay waste to anyone or anything that gets in your way, you'll build up to Overkill, an ability that unlocks even more devastating destruction while granting you invulnerability.

Demolish barriers, obliterate enemy cover, and annihilate buildings with powerful, customizable firepower; all powered by the magnificent Frostbite 2 game engine. There's so much carnage in the Army of Two: The Devil's Cartel that you're going to have a harder time finding things that don't explode, than the number of things in the game that do.

Coordinate with your partner to take down enemies and conquer tough objectives in a gripping shooter experience that takes lethal strategic teamwork to the next level. Perform flanking maneuvers, take the heat off your partner with diversion tactics, give your partner firing cover with your riot shield, working together is the key to laying waste to your surroundings and taking out enemies with overwhelming force. The more effective your teamwork, the greater the reward as you unlock new gear and greater powers of devastation!