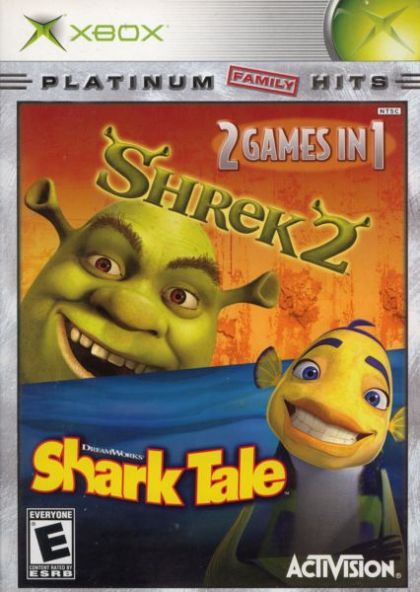 Embark upon an adventure that goes beyond the movie with Shrek 2: The Game. Inspired by the upcoming film and expanding its storyline, the game features Shrek's signature humor and comedic interactions. Players experience key moments from the film and encounter a variety of new personalities, environments and sub-plots as they switch between Shrek, Donkey or one of their many friends.

Behind every little fish is a great white lie.

In the murky depths of the ocean, the fate of Reef city lies in the fins of one little fish--at least that's what he want you to think. Dive into the urban, underwater metropolis of Shark Tale and play as Oscar, a fast-talking fish whose little fib gets him into big trouble. Based on the upcoming DreamWorks animated feature, Shark Tale features 25 funky fresh missions ripped straight from the film, the hottest hip-hop tracks from your favorite artists and more exhilarating gameplay variety than any other movie game in the reef.