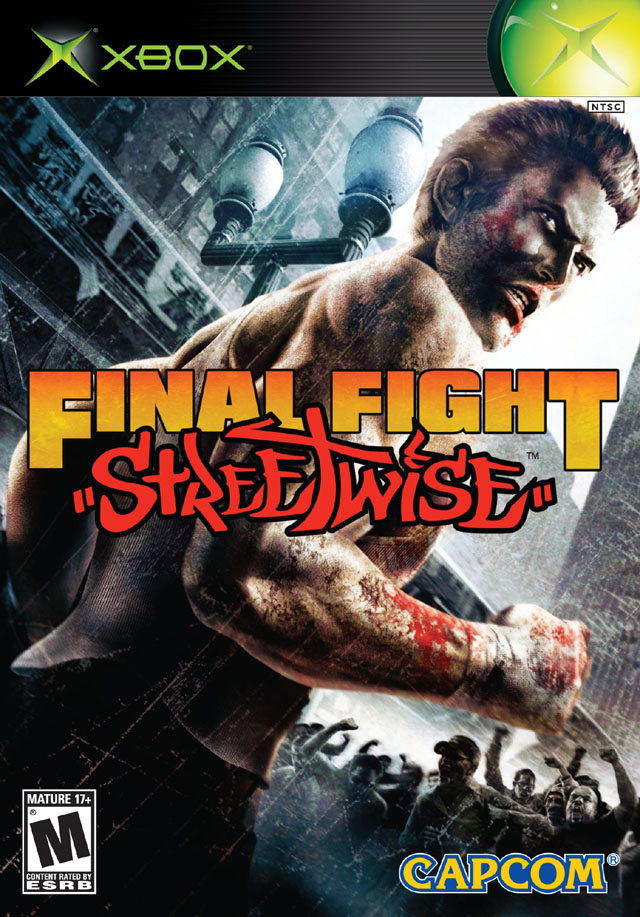 Capcom plans to turn the fighting genre upside down with the announcement of Final Fight: Streetwise for the PlayStation 2 computer entertainment system and the Xbox video game system from Microsoft. Set within Capcom’s Final Fight universe, this mission-based action game calls for players to use their street smarts and powerful fighting skills to survive the back alleys of Metro City. Classic Capcom fighting action, expansive 3D environments, and diverse gameplay await those when Final Fight: Streetwise is released throughout North America this winter.

Your fists are the only thing you can really rely on in this world’ are the words uttered by Kyle and Cody Travers. Gaining respect is the only way to survive the streets of Metro City. The Travers brothers have spent years building an indisputable reputation amongst the local gangs and street thugs. No one ever dares to challenge them until a seedy organization kidnaps Cody. In the feverish attempt to rescue his brother, Kyle meets head-on with the forces of a sinister underground boss whose powerful influence has thrown the various districts of Metro City into utter chaos. Now the metropolis is in a riotous turmoil as a mysterious street drug spreads across the city. What’s happened to Cody and is he still alive? Can all this anarchy be stopped?

In Final Fight Streetwise, players assume the role of Kyle Travers. As a streetwise underground pit fighter and brother of the infamous Cody from the classic Final Fight series, Kyle must try to solve his brother’s disappearance. A major element to the game is quickly building ‘respect.’ Earning this sought-after characteristic gives gamers a means to attain powerful new fighting skills, hardcore weapons, critical information and a wide variety of NPC (non-playable character) support; vital for completing various objectives. Featuring stylized and realistic visuals, the tumultuous energy of Metro City is brought to life with great detail. Explore dynamic environments and encounter intense street fights where players use hand-to-hand and weapon combat. Shocking story twists and disturbing connections are made as this epic story unfolds through adrenaline-pumping action and intense cinematics.

3. Beat Down: Fists of Vengeance (XBox)