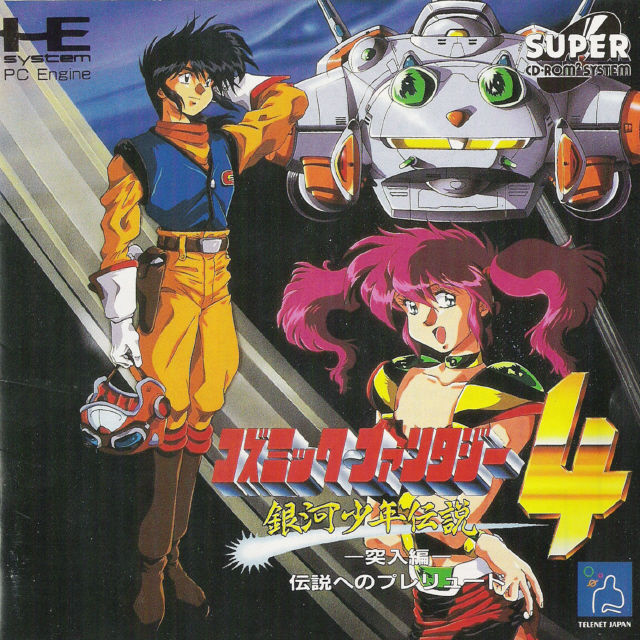 TurboGrafx-16 / PC Engine CD based games have no region protection, therefore this SUPER CD-ROM2 game is compatible with all:

The fourth installment of the sci-fi RPG series comes in two parts, this game being the first. In it, you take control once again of the original hero of the series, the cosmic hunter Yuu, his lovely female comrade Saya, and their friends. Something is wrong on the planet Kazarin: the princess Saria was kidnapped, and Yuu and his friends arrive on the planet to look closer into that matter. However, their quest goes far beyond the kidnapping investigation: soon they will have to face the four heavenly kings, demons who control the elements from which the universe is built...

The game features a role-playing system similar to the first three installments of the series and other Japanese RPGs: you wander around the top-down world map, visiting towns, buying equipment, descending into dungeons, and fighting random enemies in turn-based combat viewed from first person perspective. A new introduction to the series is an ATB (active-time battle) bar (which came to prominence after being first implemented by Final Fantasy IV): the player can only execute an action when the bar of the character in question is filled; therefore, switching between characters and reacting quickly becomes a necessity. The game begins with a "digital comic" introduction typical for most Japanese adventures (with menu commands to interact with still anime-style pictures); however, this gameplay mode disappears shortly afterwards and plays no further role.