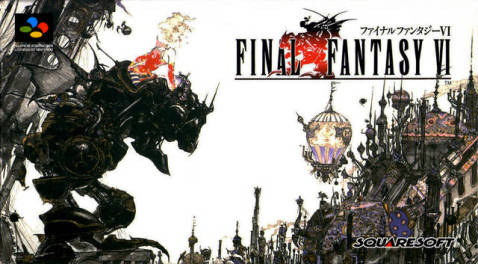 Not compatible with US SNES system

This is the sixth entry in the Final Fantasy series. It was called Final Fantasy III because three of the five previous installments of the series were never released outside of Japan.

1,000 years ago, the War of the Magi occurred. People remember it as one of the most horrible tragedies in history. Since the War of the Magi, magic has been all but forgotten, technology began to grow, and people returned to seemingly normal lives. The only true worry people had was the Empire, whose leaders were looking to revive the great force once known as "magic".

But then...something happened that would change the course of history forever...

The Empire had heard word of the remains of a mystical being, known as an "Esper", being found in the mining town of Narshe. Quickly, three soldiers were dispatched to find this Esper and bring it to the Emperor. One of the soldiers, a young girl, triggers a power in the Esper that will begin one of the most dangerous series of events ever. And the only ones who can help her are a rag-tag band of rebels and heroes, whose very hearts and souls are the only ones that can save the world from the mad plans of the Empire.

What does "Complete" mean?
The buy and sell value of Final Fantasy VI (Super Famicom) is based on how "complete" it is. When in the "complete" condition this used Super Famicom game includes: