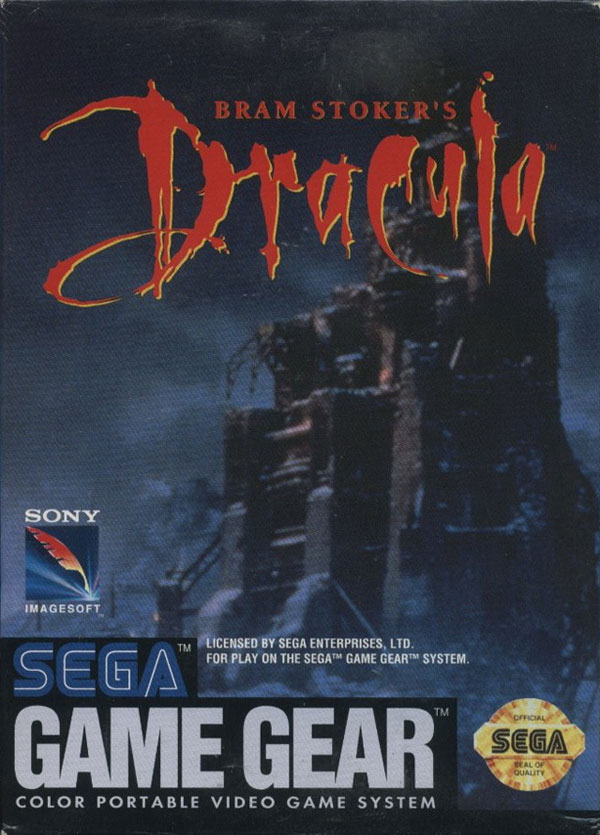 Bram Stroker's Dracula is a side-scroller platform game loosely based on the 1992 film of the same name. Players take the role of Jonathan Harker whose mission to to destroy Count Dracula by first heading to Transylvania and then London. Jonathan Harker can move left and right, jump and attack with a weapon, the most basic of which is a knife. The status display on the screen shows Harker's health bar, countdown timer to complete the level and currently held weapon.

Throughout the levels question mark boxes (similar to the Mario games) can be found, attacking these will reveal power ups which include health restoration, timer increase and new weapons. Among these new weapons are axes, daggers and a shotgun. Question mark boxes can also be used as platforms to reach other areas and enemies. Each stage is divided into two sections: the "Daytime" and the "Nighttime". These are entirely different levels comparable to stage 1-a and 1-b. Harker must jump to various platforms and obstacles and defeat minor enemies throughout the levels. The end of a Nighttime level is usually guarded by a boss creature who must be defeated to progress.

What does "Complete" mean?
The buy and sell value of Bram Stoker's Dracula (Sega Game Gear) is based on how "complete" it is. When in the "complete" condition this used Sega Game Gear game includes: