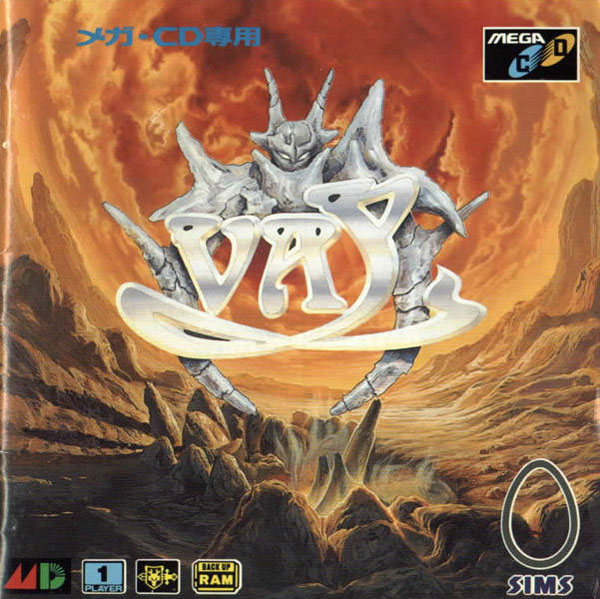 Not compatible with US Sega CD. Read more here.

This game is known in North America as Vay, or Vay: Meteor Armor.

Over a millennium ago, in a far away part of the galaxy, a huge interstellar war had taken place. During the conflict, a large machine (mecha) escapes the battlefield. Its guidance system is broken and the pilot is dead, but it continues hurtling outward into space. After a time, it crashes into the planet of Vay. This planet is inhabited by people, but they have little technology. The machine, programmed only for death, rampages across the planet killing and destroying anything it sees.

It took the combined forces of the five strongest wizards on the planet to stop the machine. Its power was sealed away in five magical orbs, which were taken to far away hidden places. The machine itself was also locked away. In time, however, the legend of the machine was nearly forgotten by all.

Vay is an archetypal JRPG. Characters gain experience and gold by defeating monsters via random encounters. You can purchase new equipment and items, and most of the characters can learn new spells as their levels advance. The game also features a rudimentary AI system, allowing the characters to fight for you automatically.

What does "Complete" mean?
The buy and sell value of Vay: Ryuusei no Yoroi (Sega CD) is based on how "complete" it is. When in the "complete" condition this used Sega CD game includes: