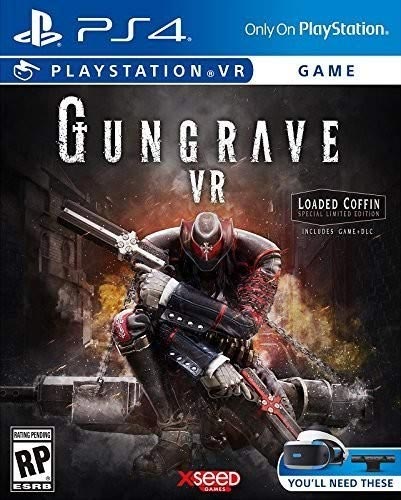 After the fierce battle to stamp out the nefarious drug Speed, resurrected gunman Beyond The Grave (Grave, for short) resumed his slumber, with Mika Asagi watching over him. Yet even with the defeat of Garino Corsione's criminal organization, the distribution of Speed continued, and Mika set about hunting down all traces of it across the world. After 14 years, Mika tracked the manufacture of speed to South city, which was in the grips of a wave of new infections. The appearance of new orgmen-monsters transformed by the drug-turned the city into a battlefield. Mika remember the faces of all those she had lost in the fight against evil-especially those of her father, Big Daddy, and Mother, martial-and resolved to set up base in South city. “Lend Me Your Power, Beyond The Grave!” Clad in black and wielding his set of dual guns, CERBERUS, Grave will take to the streets to defeat a new group of orgmen and stop the flow of speed once and for all. The beloved action series returns after a 14-year slumber! Gungrave VR Thrust players into the chaotic world of South City, where they'll have to master different play styles to take down enemies. Free-moving third-person shooter levels pit Grave against mobile enemies and tough-as-nails bosses, and stationary first-person levels bring an arcade shooter flair as players fight off wave after wave of pursuing bad guys. With shooting attacks, melee strikes using Grave's iconic coffin, special demolition barrage, and reaper time where action is slowed down, Gungrave VR is a complete Gungrave action experience in virtual reality. The 'Loaded Coffin' edition includes the base game as well as the Episode 2 'Gungrave VR U.N' DLC Pack, which adds 3 new levels, and new opening and ending animated movies.