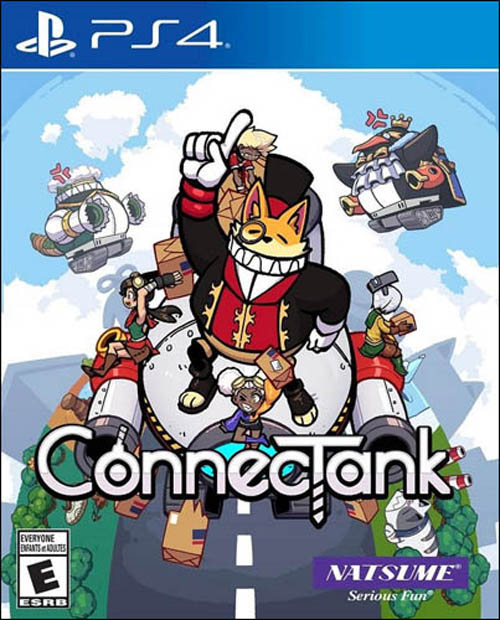 Making deliveries is never an easy job. But throw in huge and unique destructive tanks you have to battle into the mix? That's life as a new courier for Finneas Fat Cat XV, one of the top tycoons in New Pangea!

Luckily, you'll have a mammoth sized tank of your own when you go out on deliveries. Connect conveyor belts and blast enemy tanks with ammo you craft in the heat of battle. Fund new ammo and gizmos to take down even the most terrifying of tanks! Collect different parts from the tanks you defeat, and you'll be able use those tanks too!

Do you have what it takes to become Finneas Fat Cat's top fixer? And spread his name and wealth even wider? Finneas is counting on you, old bean!

ConnecTank is a 2D action-adventure game for 1-4 players that combines exciting tank battles with puzzle solving. In ConnecTank, you deliver packages for one of three Barons seeking to become the top Tycoon of New Pangea! Through innovative tank battle mechanics utilizing both skill and teamwork, you fight rival tanks to improve their existing tank or, once enough parts are collected, use new ones! Each mammoth sized tank comes with its own unique skills, strengths, and weaknesses, so choose wisely! With hundreds of missions, ever-changing powerups, and dozens of tanks to battle the possibilities are endless!