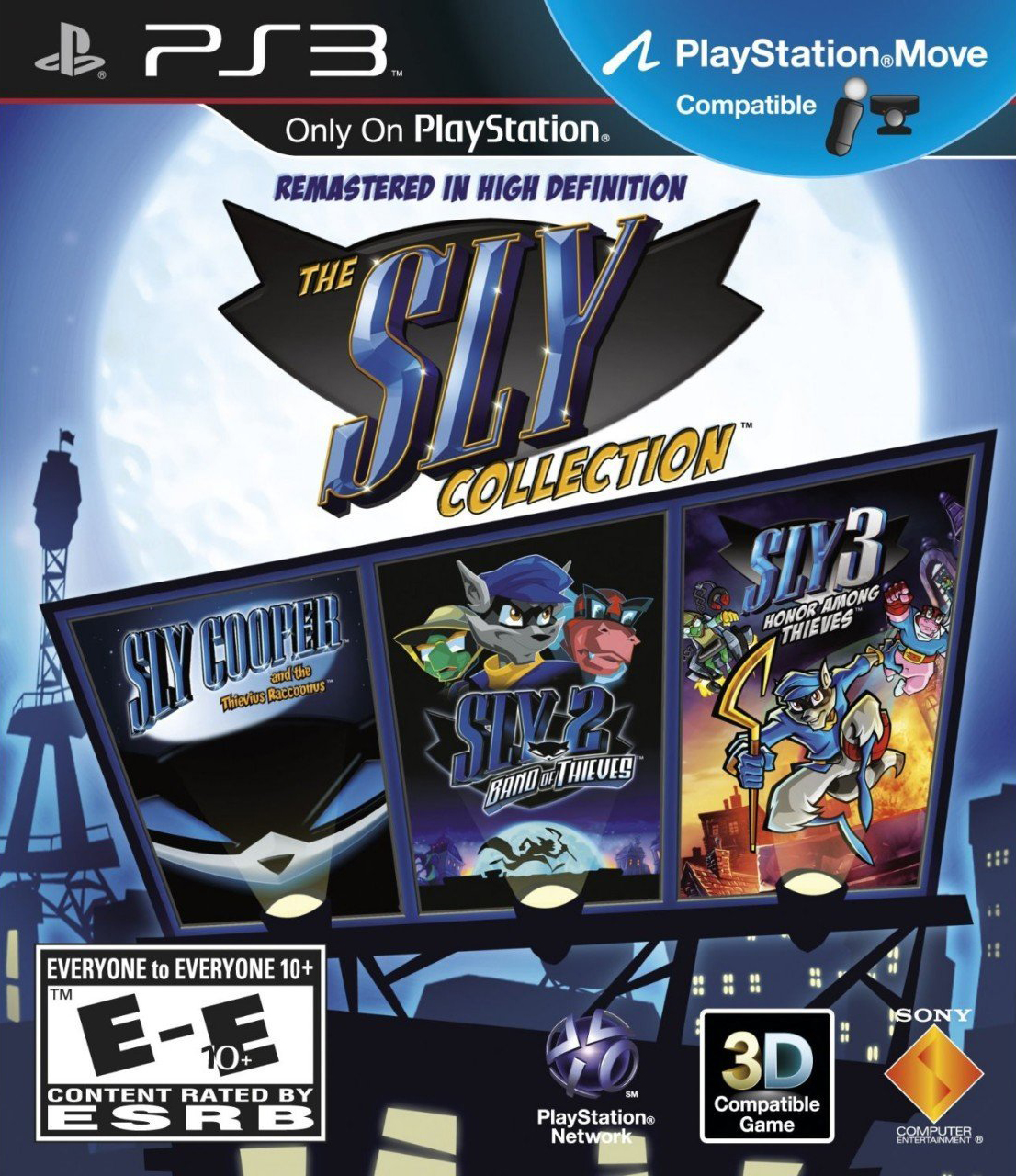 In addition to crisp picture quality and stunning visual graphics, the Sly Collection contains extra features and content, such as support for 3D display, Trophy integration, and all-new PlayStation Move mini-games that showcase the latest technology for a fun and immersive experience on the PS3 system.

Sly 2: Band of Thieves
Taking place two years after Sly Cooper defeated Clockwerk for the Thievius Raccoonus, Sly Cooper and gang embark on a mission to rob the Museum of National History of Clockwerk’s parts. Upon arrival, Sly and friends discover the parts of Clockwerk are missing and embark on a quest to ensure Clockwerk is never reassembled.

Sly 3: Honor Among Thieves
The gang returns in the largest caper yet. Sly, Bentley and Murray assemble a crew of near friends and old enemies. Together, they attempt to unlock the one great secret Sly’s father kept from him for years – the Cooper family vault. With the tireless Carmelita Fox on his tail and a jealous and maniacal Dr. M attempting to loot the vault, it’ll take a team of skilled thieves to pull off this world class heist.