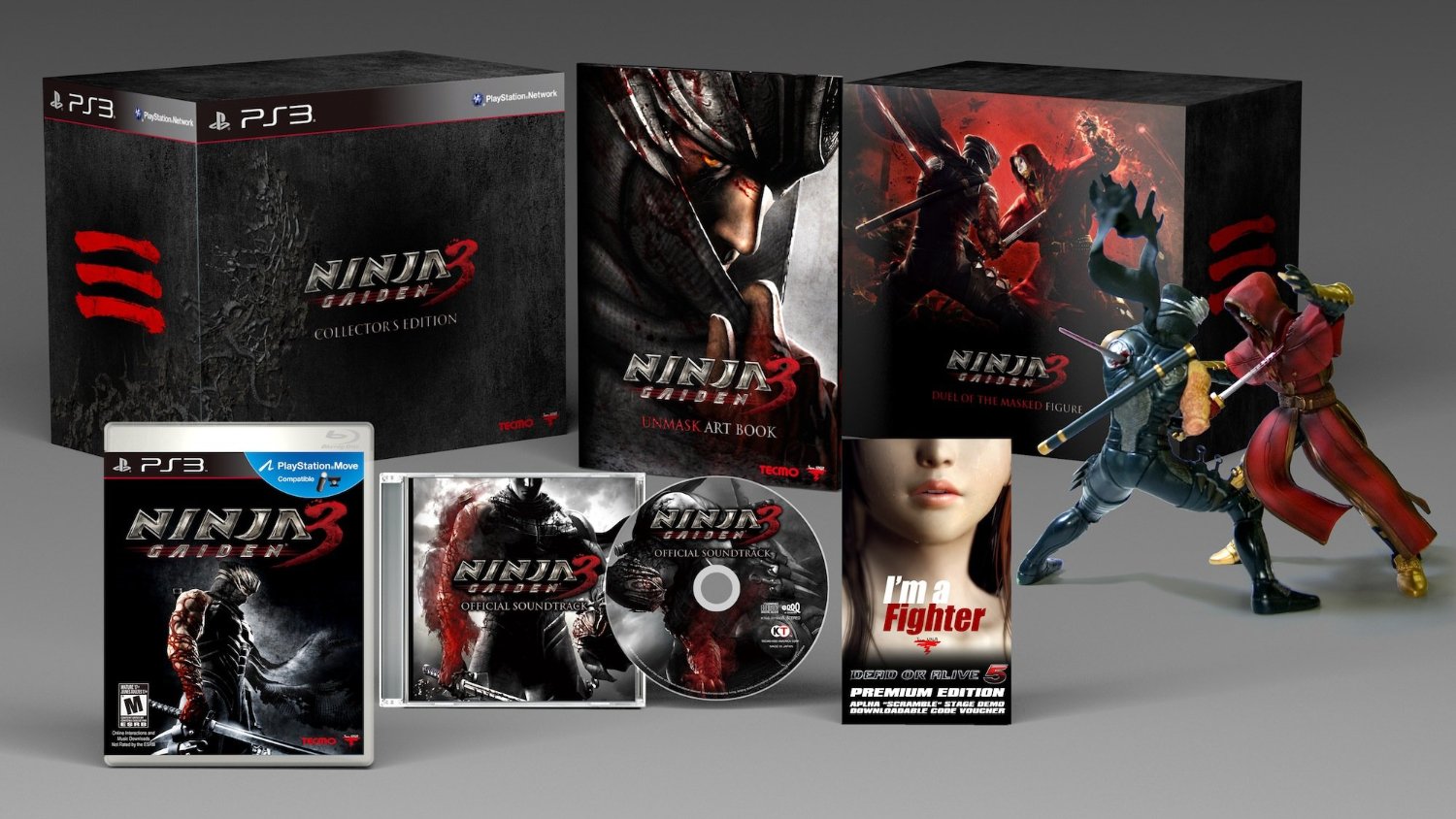 Team NINJA's most iconic character is set to be unmasked to the world. One of the most well-known killing machines, Ryu Hayabusa's name and legacy resonates with people the world over. And yet, there is so much that the world does not know about the mysterious man behind the ninja mask. Ninja Gaiden 3 aims to take players on a journey with their hero Hayabusa once more, but this time they'll see more from their protagonist than they ever imagined. For the first time in the beloved series, players will get a look at the world through Hayabusa's torn eyes, and find out what drives him to fight, defend and kill. At the center of the conflict this time around is a masked man whose motivations and goals are unclear. Over the course of the game, more is explained and unraveled which will keep players mesmerized. Through mysterious powers, which is seen through his arm, Hayabusa finds himself changing - and the lines between hero and villain, good and evil, are blurred forever.

Featuring a new story, new gameplay and new modes, Ninja Gaiden 3 marks a new direction in this fan-favorite franchise. Team NINJA will change the way fans think about ninjas and Hayabusa in this evolutionary game, and promises a heightened feeling and experience during close combat fighting - the act of cutting through an enemy will prompt an unusual visceral sensation. The game will also feature online multiplayer, both co-op and competitive, that will add a completely new experience to the Ninja Gaiden series. The shadowy world of ninja has never been presented this way, and Ninja Gaiden will never be the same! Pick up the Dragon Sword once more, sharpen its blade and hone your skills. An adventure unlike any other awaits you.