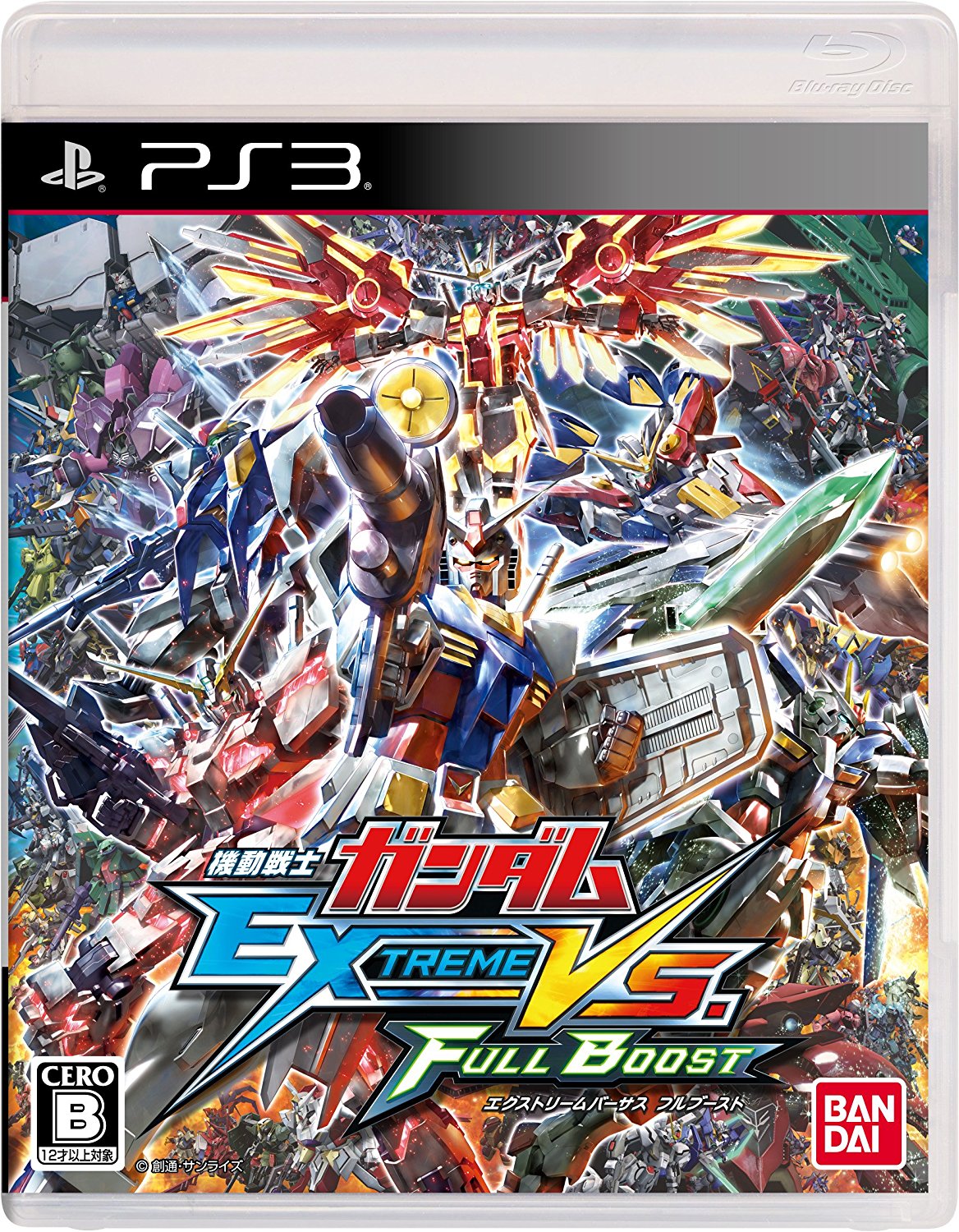 Mobile Suit Gundam: Extreme VS Full Boost is compatible with all domestic and international PlayStation 3 systems.

Extreme Vs. adds in two important gameplay changes. Extreme Action is the ability to dash-cancel one's attacks, allowing the player to string together larger and more damaging combos. Extreme Burst is a super mode, similar to older games' Awakenings, activated by pressing Shoot, Melee, and Jump together when a meter at the bottom of the screen is filled.

Several machines (primarily those piloted by the protagonists of each series) also have a super-powerful Burst Attack, executed by pressing Shoot, Melee, and Jump together while Extreme Burst is active. Full Boost will give Burst Attacks to every mobile suit in the game as well as spliting Extreme Burst into 2 two types, Assault Burst and Blast Burst. Assault Burst gives grants a boost to attack power, speed and melee range while improving the lock on range. In addition, the EX gauge will not be depleted completely upon using an EX Burst, though the time spent in EX Mode is more than halved. Blast Burst offers a defense increase as well as speed and melee, though not as much as Assault.

In addition, the EX Burst depletes the gauge completely, just as in Extreme Vs. However, weapons that require the user to stop and fire can now be cancelled.