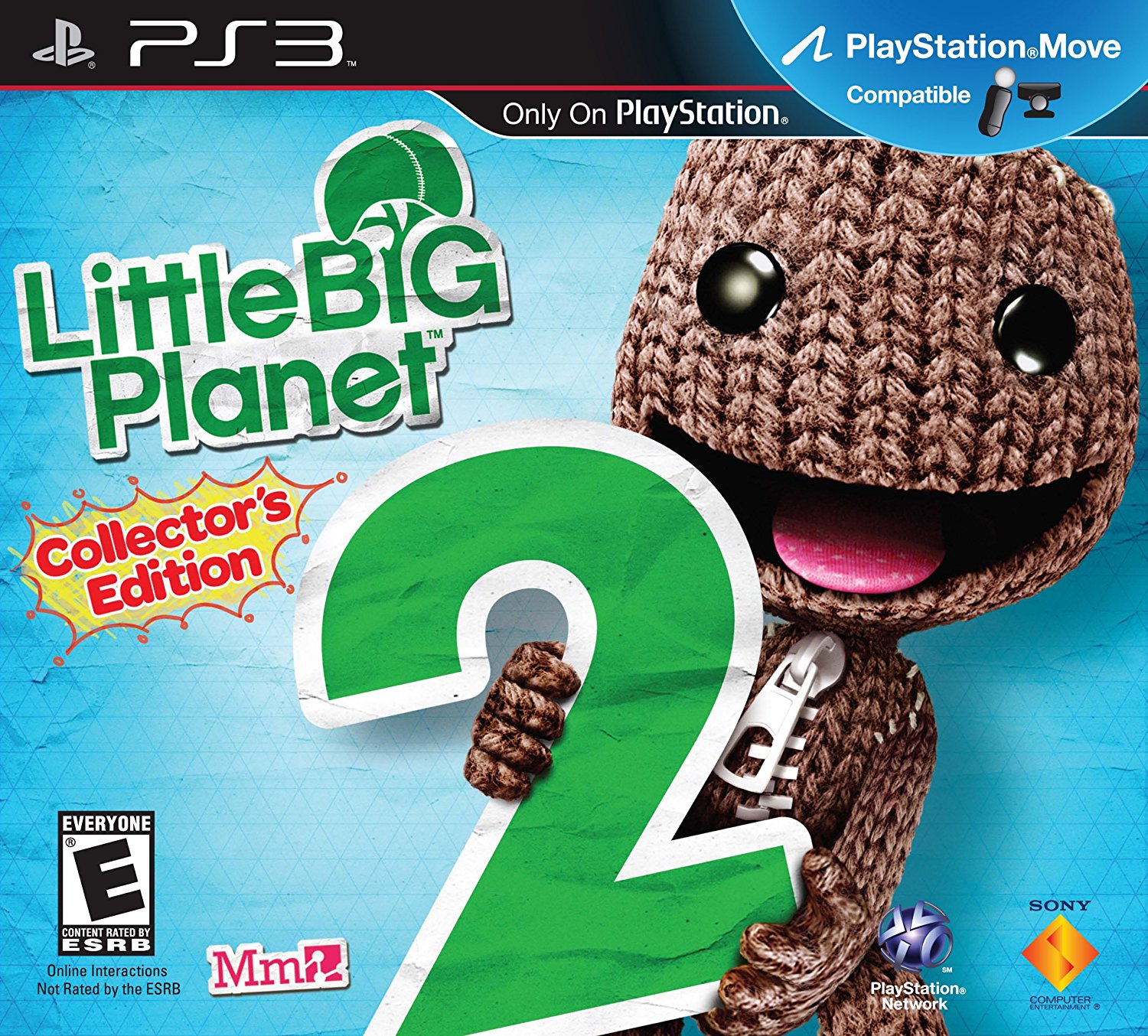 LittleBigPlanet 2 (LBP2) is a puzzle-platforming game for PlayStation 3 with new built-in functionality allowing players to create advanced content, including full-fledged games of all sorts, which can be shared with others within the LittleBigPlanet online network. The third game in the LittleBigPlanet franchise, the toolset within LittleBigPlanet 2 provides players with the ability to easily change the mapping of objects in-game, add abilities and non-player AI characters, create cutscenes, link levels and more. Additional features include backwards compatibility with content created with the original LittleBigPlanet game, a 50 level deep Story Mode and all new platforming gadgets.

LittleBigPlanet 2 is about more than a game storyline. It is about player creativity. Loaded with a powerful new set of tools that vastly widen the scope of possibilities in-game, LittleBigPlanet 2 moves far beyond familiar level editing and delivers the power to literally create whole games. It is in fact, a platform for games. Whether you are talking racing games, mini-games, action/adventure games and even multiplayer shooters, using the Direct Control feature you can create/recreate a mapping for objects and abilities from the Sixaxis controller for use directly in gameplay. You can also link levels to extend the fun and/or create a new gameplay experience. Bring your characters to life, compose your own music, direct cinematic masterpieces, wire controllers directly in to your contraptions, connect easy to use switches, microchips and circuit boards to build epic bosses, vehicles, machines, and puzzles. All the tools are at your fingertips. And with custom heads-up displays (HUDs) for scoring and game data exported to a game ending grid, allowing winners in created multiplayer games to celebrate while opponents look on in shame, the sky is truly the limit.

LittleBigPlanet 2 is fully backwards compatible to the original game. With millions of creations existing in the LittleBigPlanet universe and millions more to come, finding the experience you're looking for is important. With that in mind the developers of LittleBigPlanet 2 have expanded Share functionality to enhance the player's ability to discover exactly what you want to find. In addition, the searching system has been given a total overhaul, and Activity Stream functionality has been added so you can follow your friends and hearted creators, helping you discover the top notch playable bits that they have brought to life. In addition, a new web portal gives every single LBP creation its own home on the web, with a page for every creator and every level. Browse creations online to find fab levels, add them to your queue to play later on, check photos, comments, leaderboards, create and share playlists, and easily promote your levels and games wherever you might hang out online.