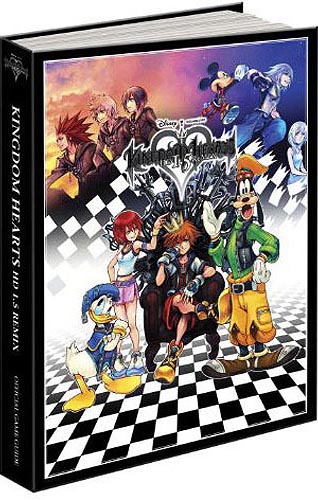 The young Sora wields the magical keyblade in search of his lost friends, making new ones with Disney’s Goofy and Donald along the way. The story continues through classic Disney stories like Aladdin, Hercules, Alice in Wonderland, Pinocchio, and The Nightmare Before Christmas. Utilizing RPG mechanics and gaining new exploratory powers throughout his adventure, Sora solidified himself as a starry-eyed hero that bridged Disney classics with a unique overarching story of friendship and courage.

Sora’s adventures took a dramatic turn with his journey into the mysterious Castle Oblivion in KINGDOM HEARTS Re:Chain of Memories. These events revealed some of the hidden intentions behind the shadowy Organization XIII. Their movements and the training of one notable character in the series, Roxas, are detailed even further in stunning HD visuals through the cinematic scenes of KINGDOM HEARTS 358/2 Days.

All of this is included with full Trophy support in one spectacular release. Plus, KINGDOM HEARTS HD 1.5 ReMIX includes the once-exclusive KINGDOM HEARTS FINAL MIX content, like new enemies, weapons, abilities, cutscenes, missions and more!