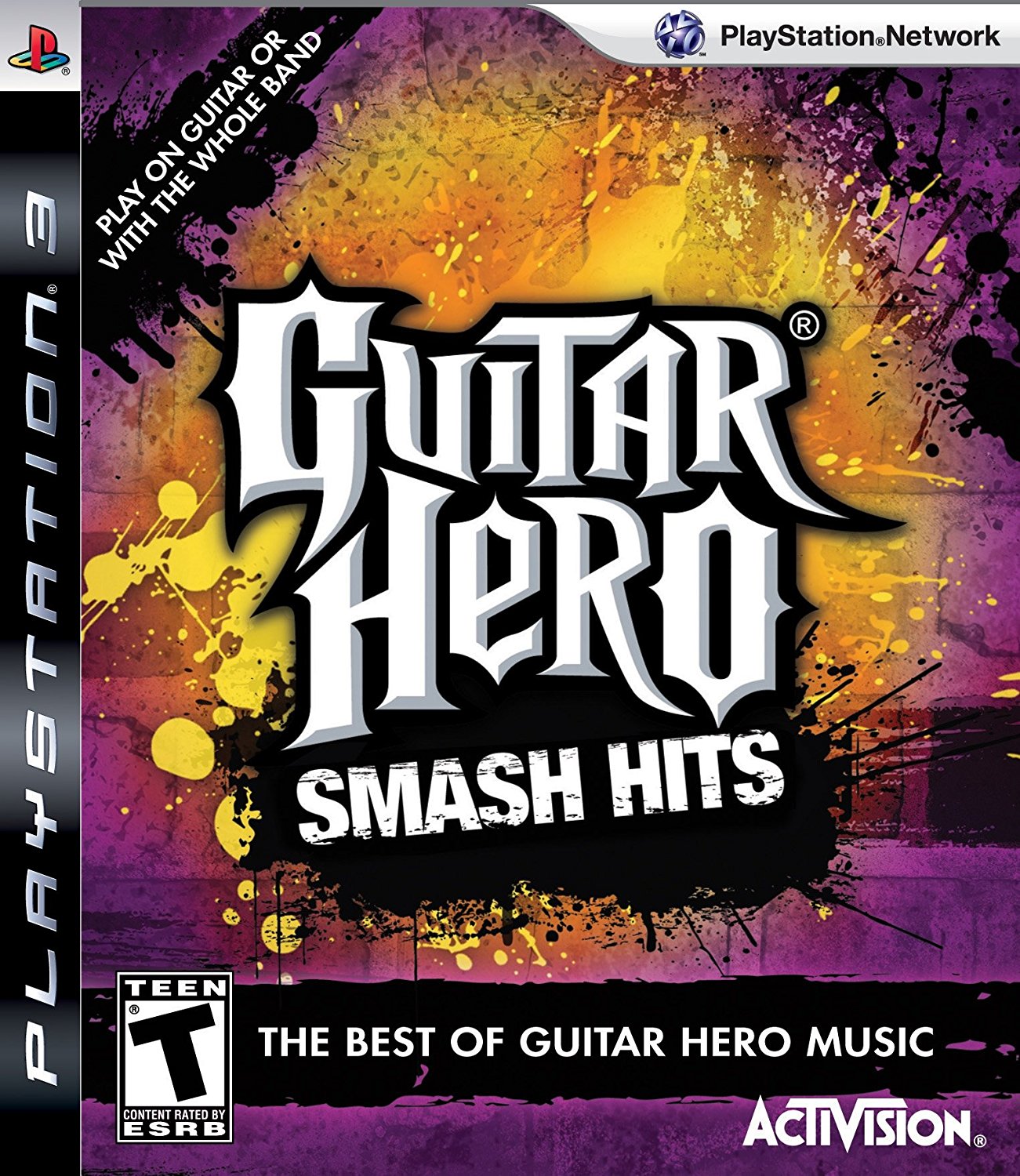 In Guitar Hero: Smash Hits players get the best of previous Guitar Hero games, now in a full band gameplay scenario. Turn down the lights, crank up the amps and prepare to command center stage as you rock out to the most fun tracks from Guitar Hero, Guitar Hero II, Guitar Hero Encore: Rocks the 80s, Guitar Hero III: Legends of Rock, and Guitar Hero: Aerosmith. And for the first time you can join together as a band and jam to master tracks from the greatest Guitar Hero music on your controllers for guitar, drums and vocals.

More than just an outstanding and comprehensive 48-song setlist, Guitar Hero: Smash Hits is chock full of crowd-pleasing game features. It allows up to four players to join together and rock locally, or battle other bands online with up to 8 players. It features Rock Star Creator, first made famous in Guitar Hero World Tour, as well as Music Studio and GHTunes which together allow players to create their own hits and share them online. The game also adds another dimension of difficulty with the drum kit controller’s double kick-pedal "Expert+" difficulty level first seen in Guitar Hero: Metallica.

For the first time players can take the stage and rock on their favorite Guitar Hero tracks from early games in the series using the drum kit and mic controllers. For newer Guitar Hero fans, this is a great chance to catch up and play the best of Guitar Hero, while more experienced Guitar Hero fans now have a new reason to expand to the full band.