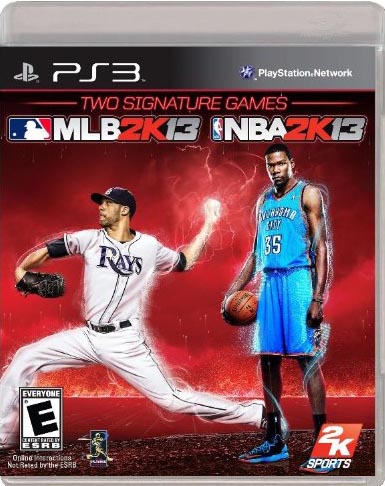 With more than 5 million copies sold worldwide and more than 25 Sports Game of the Year awards won, NBA 2K12 was another monster release for the biggest NBA video game simulation franchise in the world. This year, 2K Sports has joined forces with the legendary JAY Z as Executive Producer to transcend sports video games and take virtual hardwood to the next level. Featuring an enhanced MyCAREER mode and all-new gameplay features, NBA 2K13 lets gamers pit the best players in NBA history against the new dynasty of talent, including the much-debated matchup between the 2012 U.S. Men's National Team and the 1992 "Dream Team."

A JAY Z Production - NBA 2K13 is produced by multi-platinum recording artist and hip-hop mogul JAY Z. USA Basketball - Finally answer the question: Who would win a head-to-head duel between the 1992 Dream Team and the 2012 squad?

NBA 2K "MyTEAM" - Collect players, uniforms, arenas and boosts to put together your own team. Track the talent marketplace that fluctuates based on real-life performance, and then take your team online to play against other players' MyTEAMs in a new tiered matchmaking system.

Improved Gameplay features, including such innovations as: