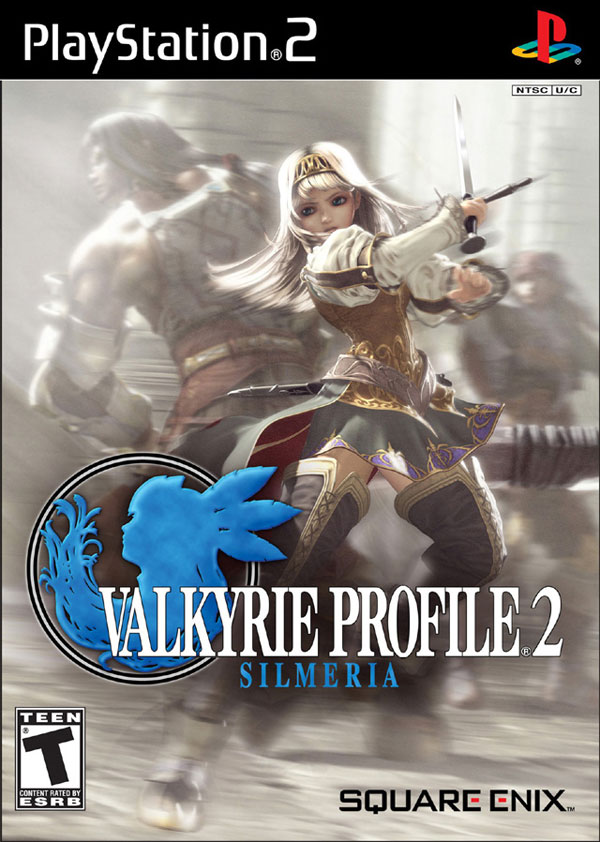 Valkyrie Profile 2: Silmera, developed by the creators of the Star Ocean series and Radiata Stories, tells the story of another valkyrie sister that takes place hundreds of years before the events of Valkyrie Profile: Lenneth. In this latest installment of the legendary RPG series from fan-favorite developer tri-Ace, players can delve into an advanced battle system with complex combo attack strategies and intricate puzzle-solving adventures. An epic score and gorgeous visuals serve as a backdrop against which a gripping story of Norse deities, revenge, and divine warfare unfolds.

Divine insurrection besieges the heavens. Invoking his power as king of the gods, Odin hastily reincarnates the spirit of rebel valkyrie Silmeria into Alicia, Princess of Dipan. However, unbeknownst to Odin, the spirit of the battle maiden awakens within Alicia, still seeking vengeance. Years pass. Believing his daughter to be possessed, King Barbarossa of Dipan declares Alicia dead and exiles her to a faraway castle. Odin learns of Silmeria’s awakening and dispatches the imperious Hrist Valkyrie to summon her spirit to Valhalla. Alicia runs in fear—and Silmeria in defiance—as they embark on a journey where nothing is what it seems and all hide behind a mask. Sacred treasures offering unimaginable power suggest hope for independence, but manipulation and intrigue fool those who fight fate into fulfilling more diabolical destinies. The battle rages through the realm of Midgard, over the bridge of Bifrost, into the heavens of Asgard, and beyond, as the struggle for control over Alicia’s fate—and all of existence—unfolds in unforeseeable dimensions.