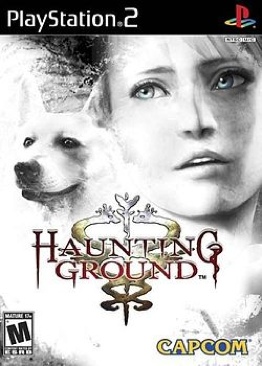 A spine-chilling physiological thriller, Haunting Ground is set in a mysterious castle that has become a prison for two innocent characters - an orphaned young girl and a white shepherd dog. The game combines compelling ambiance of terror and solitude with challenging puzzles and a unique gameplay approach. Players take the role of Fiona Belli, an 18-year-old girl who is the sole survivor of a tragic car accident that has claimed bother her parents. When she regains consciousness following the accident, she finds herself locked up in an unfamiliar old castle, with no clear way out.

As she makes her way through unsettling surroundings, she encounters an array of strange inhabitants and learns that she has become the heiress of the mysterious castle upon her parent’s death. Fiona also comes across Debilitas, a deformed and disturbed man who chases her relentlessly. Luckily, she meets a white shepherd dog named Hewie who also also been trapped in the castle. By saving him the shackles that imprison him, an instant bond is formed...