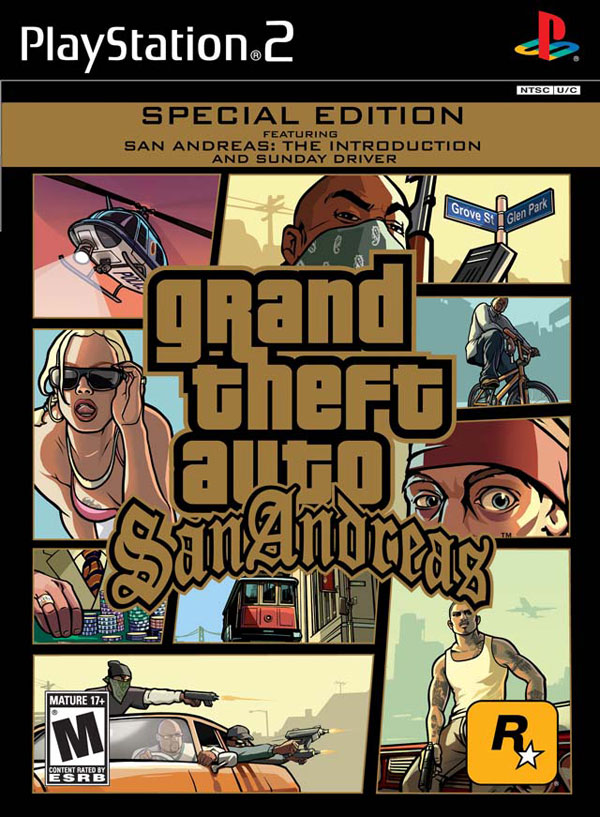 The 30 minute prequel tells the real story behind the legendary Grand Theft Auto series and features the full production value Rockstar is famous for. Look for some familiar faces making a surprise return.

An all-access documentary film of the people living the lifestyle and responsible for the artistry behind low riding - SUNDAY DRIVER is a portrait of a community working together to build the ultimate customized vehicles while struggling to legitimize their lifestyle under close scrutiny of the cops.

With an upfront look at the guys behind the chrome, SUNDAY DRIVER exposes the origins of the club, by describing in first person interviews, what it really means to be a Majestic. Dedicated to creating a vision of the ultimate modified automobile, the Majestics come together like no other community to help each other realize their dreams.

Five years ago Carl Johnson escaped from the pressures of life in Los Santos, San Andreas...a city tearing itself apart with gang trouble, drugs and corruption. Where filmstars and millionaires do their best to avoid the dealers and gangbangers.

Now, it's the early 90s. Carl's got to go home. His mother has been murdered, his family has fallen apart and his childhood friends are all heading towards disaster.

On his return to the neighborhood, a couple of corrupt cops frame him for homicide. CJ is forced on a journey that takes him across the entire state of San Andreas, to save his family and to take control of the streets.