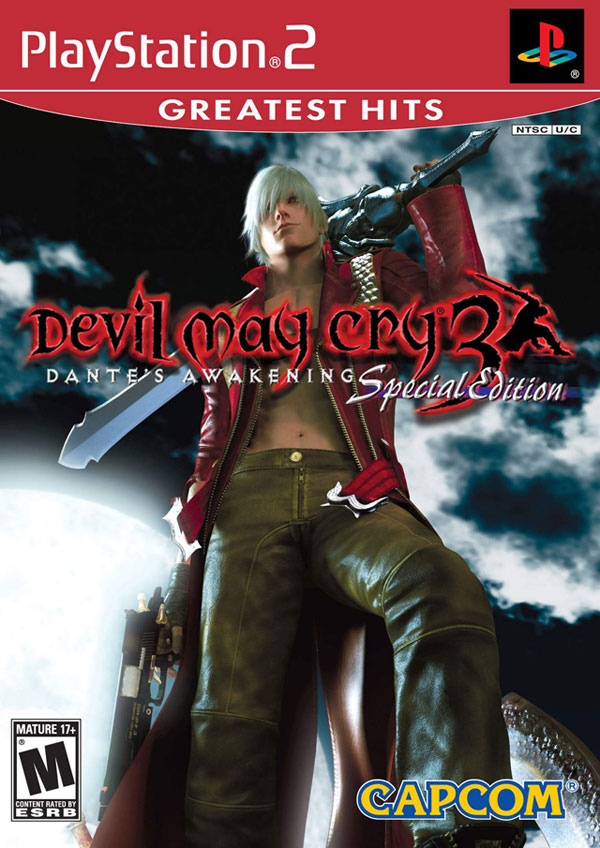 Several thousand years have passed since the demon warrior Sparda raised his sword against the unholy world to save the human race. Victorious and assured that evil forces had been confined, Sparda joined mankind and fathered Dante, a half human-half demon son infused with the power of a supernatural lineage. However, Dante was not the only son Sparda had sired. As devoted as Dante was to defeating the forces of evil, his twin brother, Vergil, was consumed by power and upheld the legacy of his sinister ancestors. One moonlit night, a mysterious tower materialized beside Dante's “Devil May Cry” investigative agency. On the rooftop stood his brother along with his inhuman minions goading Dante into a confrontation.

Devil May Cry 3 unfolds an earlier chapter in Dante's history, before the original Devil May Cry, to the fateful clash between Sparda’s twin sons, divided by the divergence of their chosen paths. Along the way, Dante encounters formidable foes and unusual characters including a mysterious man named Arkham and a female hunter named Lady whose mission is to take down all demons, including Dante. These precursory events disclose the complex roots of Dante's character and reveal insight into his clouded past.

Devil May Cry 3 preserves the fast-paced action that has made the series so popular. In addition to its strong roots, the game increases the intensity of gameplay with a new "style" system, which adds an additional level of depth. Depending on preference, players can choose to use short-range, long-range, defensive or evasive play styles. Each system has its own range of gameplay features and players can choose to power up their favorite style for increased special attack abilities. The range of options available in Devil May Cry 3 immerses players in a non-stop, thrilling escapade.

The elements above bolster the impressive offerings of the original Devil May Cry 3: