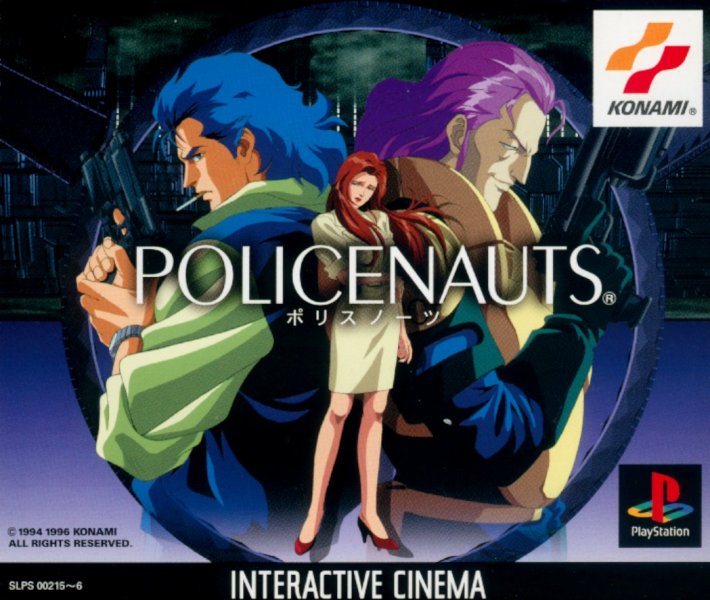 Not compatible with US Playstation system

In 2010, mankind has built its first space colony, Beyond Coast. After three years have passed, the founders of the colony feel it needs to be protected, and choose five best policemen of Earth to do that: Gatse Becker from Scotland Yard, the Japanese Sadaoki Tokugawa, Salvatore Toscanini from New York, and two policemen from Los Angeles: Jonathan Ingram, the hero of the game, and his best friend Ed Brown.

One day, during a routine patrol on Beyond Coast, something happens to Jonathan's space suit. He is sucked into space and is presumed dead. But twenty-five years later, he is miraculously discovered in his life pod... alive. He still looks like a young man, but in reality he is 55 years old.

Trying to forget his past, Jonathan opens an investigation agency on Earth. His ex-wife (who has re-married during those twenty-five years) visits him and asks him to find her missing husband. When she leaves the office, her car explodes, and she dies. Determined to fulfill her final request, Jonathan prepares to re-visit Beyond Coast...

This unofficial semi-prequel to Snatcher is a comic book/anime adventure with some shooting sequences. You click on objects and people you interact with, or move a dot around the screen to aim at your enemies during the shooting parts.

What does "Complete" mean?
The buy and sell value of Policenauts (PlayStation) is based on how "complete" it is. When in the "complete" condition this