Ys: The Oath in Felghana  (PSP) 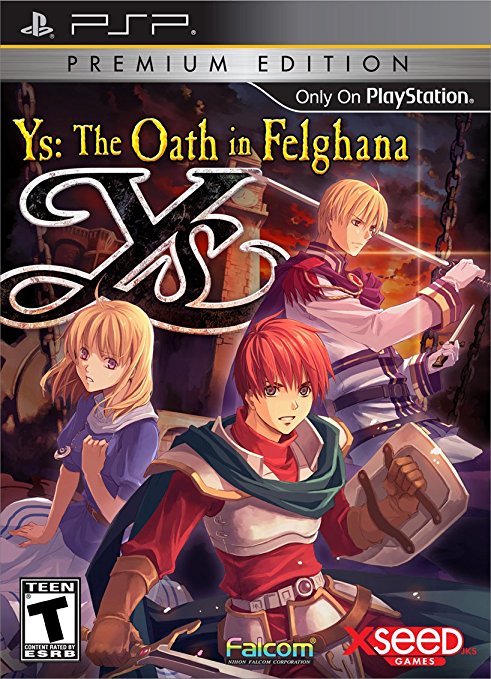 The complete condition of pre-owned Ys: The Oath in Felghana includes Manual, Box

When the adventuresome duo of Adol and Dogi make an unannounced visit to Dogi’s hometown of Redmont in the land of Felghana, it quickly becomes apparent that things have changed dramatically since Dogi departed to travel the world in search of adventure eight years earlier. Hordes of violent monsters roam the outskirts of town, there are unsettling rumors of long- dormant volcanoes suddenly becoming active again, and the newly-appointed lord of the land has been taxing the citizens heavily, while also depriving them of their right to mine for precious ores - a staple of the economy for generations. As Adol and Dogi begin to search for the sources of Felghana’s recent struggles, they find each clue leads them more and more towards the disturbing conclusion that these events are all somehow linked. The closer they get to the truth, the higher the stakes, as the consequences of their actions affect not just Felghana, but possibly the entire world.

Ys: The Oath in Felghana is a re-imagined remake celebrating the 20th anniversary of the classic third game from the long-running Ys series, Ys III: Wanderers From Ys. Its rebirth on PSP includes a complete graphical overhaul, fully revamped gameplay, intense 3D action, and additional story elements culminating with full voice-overs during story sequences. Other additional features include a rearranged soundtrack, adjustable difficulty levels, and an art gallery, all ensuring that this beautifully re-imagined classic can be enjoyed equally by Wanderers veterans and series newcomers alike.

4. Legend of Heroes: Trails in the Sky (PSP)