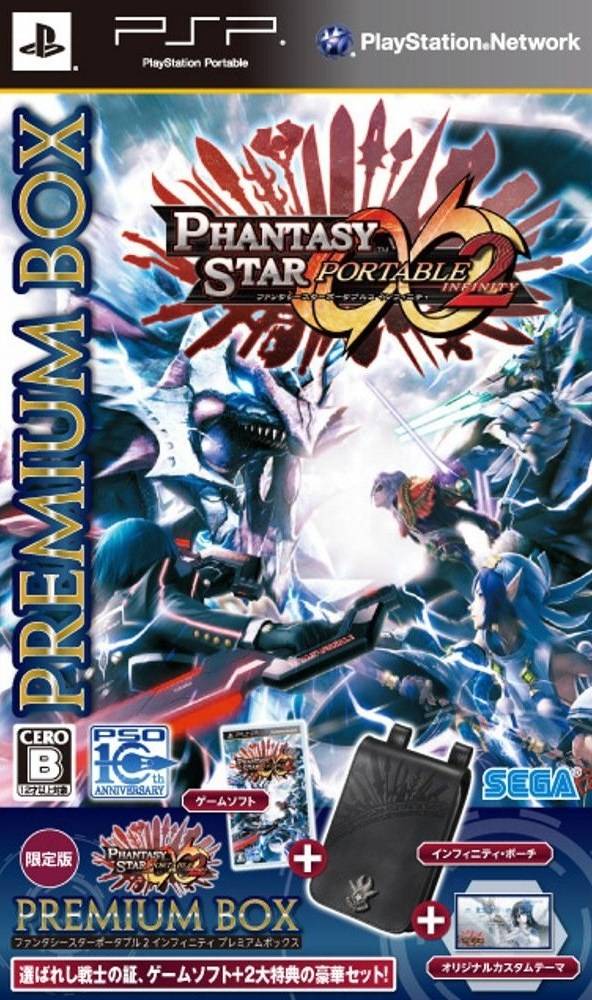 Phantasy Star Portable 2, the previous entry of the series for the PSP® PlayStation Portable, has been extremely popular for its sales of more than 0.6 million units and multiple collaborations outside games, and become a huge hit since its release in December 2009. Exceeding the fantastic prequel, the latest installment of the franchise is already on its appearance.

Phantasy Star Online was released for Dreamcast in 2000. To celebrate the 10th anniversary, this latest entry integrates elements and features of the prequels. In addition to the new "Duman" race, new features will be introduced to enhance play values such as “Reincarnation System” to develop characters up to infinity and the “Mission Code” to customize missions. The ultra-high-level “Infinity Rank Mission” will be also added, as well as new monsters and bosses appearing one after another. The number of weapon items will finally reach 3,000. The design of the default characters will be all new, and new clothes and parts will provide the users more choices in character customization than ever before. The RPG game with infinite play values is coming up, pushing the boundary of a portable game.