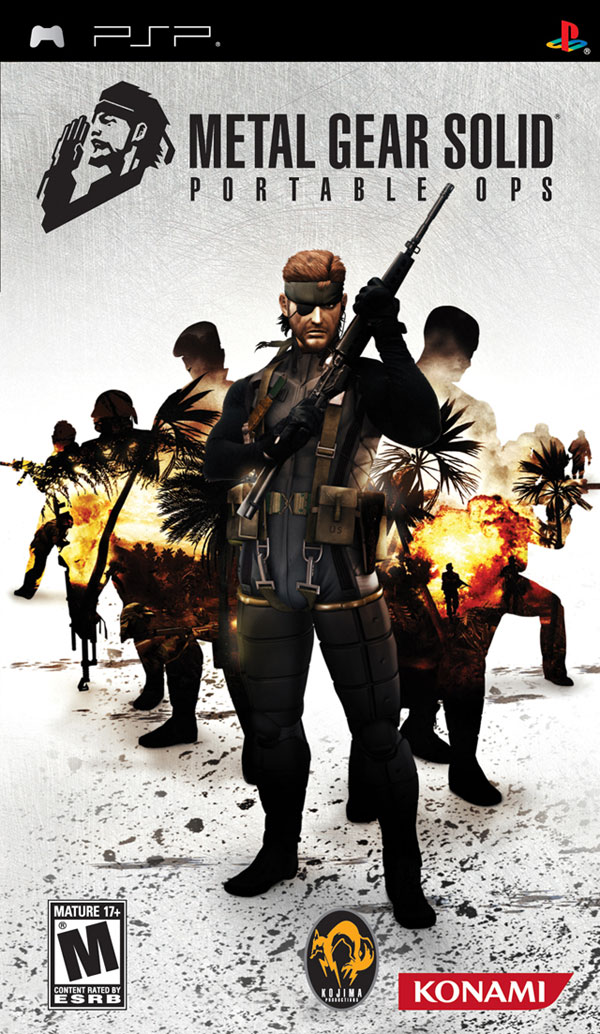 redefines the stealth action genre for handheld gaming systems with an original storyline that follows from the events of Metal Gear Solid 3: Snake Eater and boasts ground-breaking online play that lets gamers recruit comrades to form a unique fighting force.

The single-player campaign of Metal Gear Solid: Portable Ops follows the events of Metal Gear Solid 3: Snake Eater, as Naked Snake establishes FOXHOUND in an attempt to hunt down the treacherous FOX unit, which has started a bloody revolt in South America. Set in 1970, the game will be the missing link in the ongoing Metal Gear saga, as players will learn more about returning characters such as Para-Medic, Major Zero and Sigint and also witness Naked Snake's greatest tragedy – a loss that sets into motion the events of later games in the Metal Gear Solid timeline.

Metal Gear Solid Portable Ops is a stealth-based game being published by Konami and developed through Kojima Productions for the PSP. A completely new Metal Gear Solid for the PSP, it represents the first new canonical outing for the series on a portable system, despite originally being planned as a new non-franchise title. According to an interview in PSM magazine with series creator Hideo Kojima, the title may spawn sequels if successful. It has attracted the talents of several high ranking members from Kojima Productions including Shinta Nojiri as the project's director and producer, Shuyo Murata, and Kojima himself.--Wikipedia.com