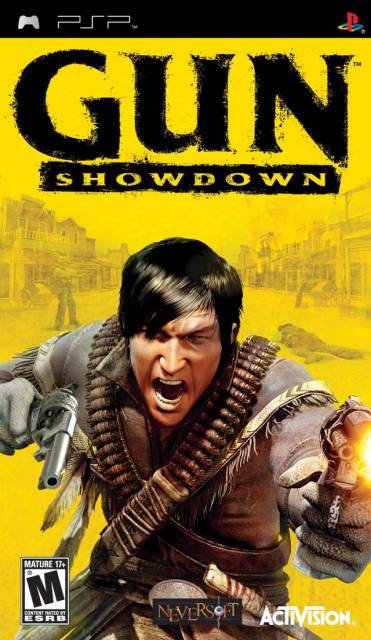 Gun Showdown is a free roaming action-adventure that expands the untamed West by challenging players to shoot, knife and dynamite their way through an epic story with new wireless multiplayer and quick-play modes, missions, and gameplay features unique to PSP. Work both sides of the law as a gunslinger doling out vengeance as you showdown against corrupt lawmen, a murderous preacher, a renegade army psychopath, and merciless outlaws.

In a world where greed, lust and murder reign, you wage war on horseback, hold up banks, collect bounties on prisoners dead or alive, commandeer and derail trains as the lines between good and evil are drawn in blood in a picturesque, corrupt West.