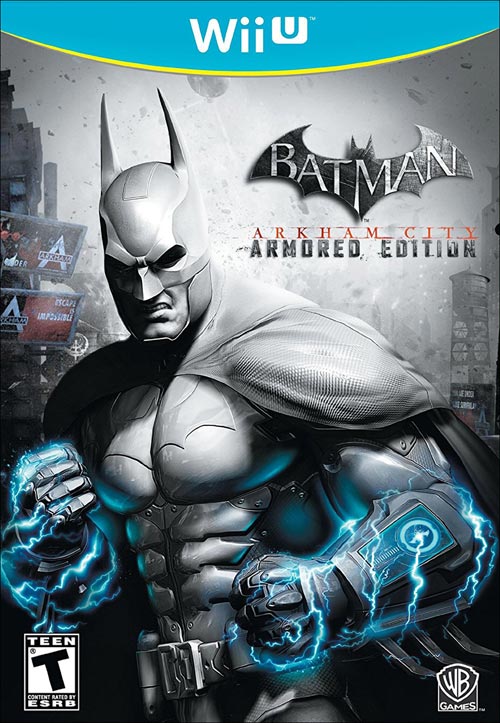 Developed by WB Games Montreal, Batman: Arkham City Armored Edition is the enhanced version of the award-winning blockbuster videogame created by Rocksteady Studios. The Wii U version delivers the same impactful story and gameplay as the original title, this time with enhanced gameplay mechanics and features made possible with the Wii U and the Wii U GamePad.

Batman: Arkham City is based on DC Comics' core Batman license and is set in Arkham City, the new maximum security "home" for all of Gotham City's thugs, gangsters and insane criminal masterminds. Featuring an incredible Rogues Gallery of Gotham City's most dangerous criminals including Catwoman, The Joker, The Riddler, Two-Face, Harley Quinn, The Penguin, Mr. Freeze and many others, the game allows players to genuinely experience what it feels like to be The Dark Knight delivering justice on the streets of Gotham City.