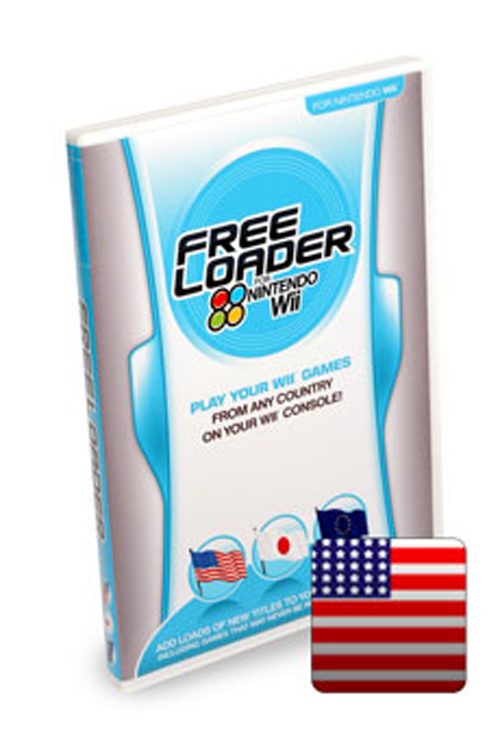 This is the one you’ve all been waiting for! Wii FreeLoader lets you play ANY region of Wii or GameCube game on your Nintendo Wii (North America)! At last, you can import games from other territories and play them on your Wii.

Video Gamers the world over get really frustrated when games are released in other territories long before they reach the shops in their home country, if they ever get released at all. You want to play that blockbuster survival horror which is out in Japan three months before it hits the shelves elsewhere. What about the soccer or F1 sim which only gets a European release or a gridiron football or NBL baseball game that’s never released outside the States? Or maybe you bought an imported Wii because you wanted to get it early, and you now want to play games from your own region without buying a second machine. Well, now you can. With Wii FreeLoader, you can play ANY region of game on your Wii (NTSC-North America, Japan)!

Wii FreeLoader is 100% unofficial, and requires no modifications to your console. As well as letting you play Wii games from all regions, Wii FreeLoader also works with imported GameCube games when played on your Wii. It won’t work in a GameCube console, though – for that, you need Freeloader for GameCube, also available from Datel.

NOTE: Nintendo Wii Freeloader works with all current versions of Wii firmware at the time of its release, 3.2 and lower. No guarantee can be given of compatibility with future firmware revisions so if Online Updates are performed on your Nintendo Wii system, this may cause Wii Freeloader from functioning correctly.