Rise of the Guardians  (Nintendo Wii) 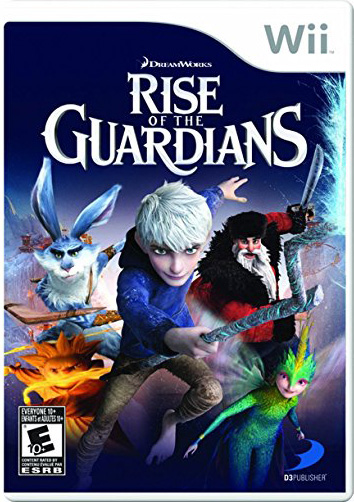 The complete condition of pre-owned Rise of the Guardians includes Manual, Box

Let your imagination soar in Rise of the Guardians: The Video Game as you play as one of the classic childhood legends, including: North (aka Santa Claus), Tooth (aka the Tooth Fairy), Bunnymund (aka the Easter Bunny), Sandman, and Jack Frost. In this action-packed adventure game, each Guardian has their own set of upgradable and extraordinary abilities that will help you take on the evil spirit "Pitch" and his infectious nightmares.

Along the way, you'll unlock new powers and spellbinding special moves that will increase your character's strength and skills throughout the game, plus you can unleash cool team attacks with your fellow heroes.

With drop-in-and-out multiplayer action supporting up to four players on consoles, you and your team of Guardians will work together to protect the hopes, beliefs and imaginations of children all over the world!