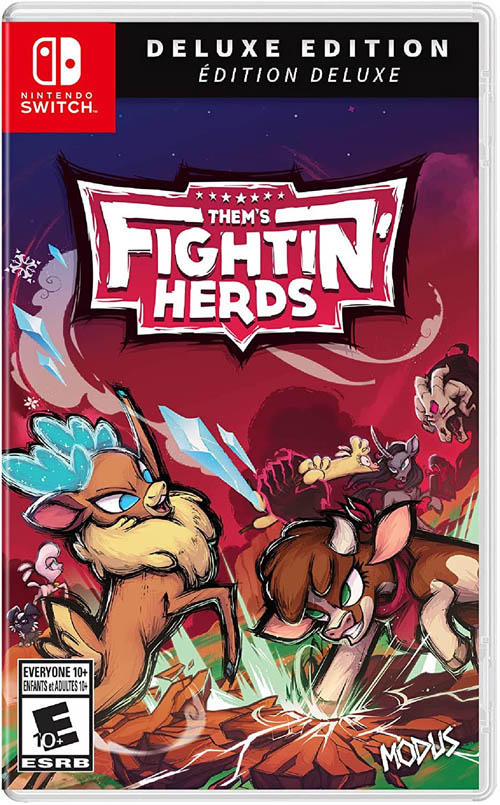 The fiercest four-legged fighting game gets physical! Beloved 2D fighting game Them’s Fightin’ Herds brings non-stop adorable mayhem to home consoles and PC with an all-new physical release. Featuring a cast of characters designed by acclaimed cartoon producer Lauren Faust, this rich fighter provides unique combat mechanics, beautiful stages, and stunning animation. Learn the ropes as you play through an episodic story mode filled with challenging boss fights, and then take your skills online to battle against other players from around the world with GGPO rollback netcode!