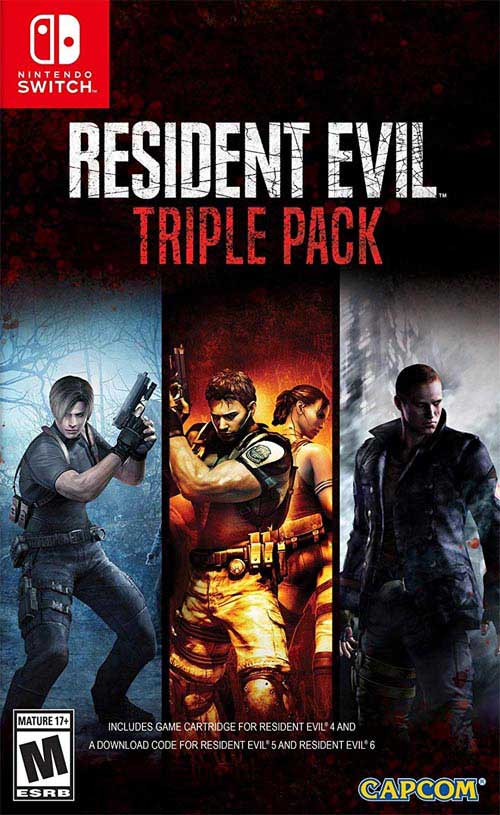 Note: Resident Evil 4 is available on the game cartridge. Resident Evil 5 & 6 are download only and are not guaranteed in a used copy.

U.S. agent Leon Kennedy has been tasked to look into the abduction of the President's daughter and his investigation has led him to a mysterious location in Europe. As Leon encounters unimaginable horrros, he must find out what is behind the terror.

The world has learned the meaning of terror. A decade after the events of Racoon City, the evil Umbrella Corporation has been destroyed. But the effects of its horrific creations still linger. Gripped in fear of another biological incident, world governments formed the Bioterrorism Securtiy Assessment Alliance (B.S.A.A.), determined to stem the spread of biological attacks.

Now, Agent Christ Redfield has been sent to Africa to investigate reports of a new, more dangerous outbreak. Joined by his partner, Sheva Alomar, both must work together to discover what's really happening, and stop whoever is continuing Umbrella's evil legacy.

The world is in turmoil. The C-Virus has spread to epidemic proportions. The bioterror threat looks to lead humanity into a chilling end of days.