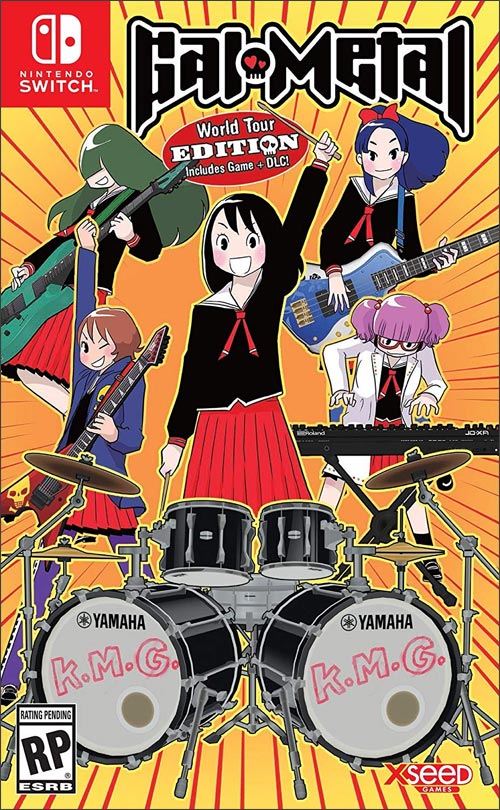 Aliens are invading Earth! these eight-tentacled extraterrestrials want revenge for humanity's reckless broadcast of the Golden record from the voyager problem, which ruined the peace and quiet of their corner of the universe. The only thing standing between these music-hating creeps and total planetary domination is...a metal Band? landing over the sleepy Tokyo suburb of kichijoji, the Invaders abduct an unassuming high school student and merge his Soul with that of rinko, the drummer in her high school's outrageous all-girl metal Club. Now sharing rinko's body, this unlikely Duo will have to team up to take down the aliens with the only weapon they have: metal. Joining this pair are their bandmates in k.M.G. (Kichijoji metal Girls): kia, Super sci-fi nerd and synthesizer player; many, Resident rich girl and bassist; shiimi, delinquent and lead guitarist; and eri, Gentle giant and backup guitarist. Together, they'll perfect their music to thwart the aliens and protect the Earth, all while navigating the rigorous of regular school life. Goal metal is a rhythm game Designed for Nintendo Switch that turns your Joy-Con into Drum sticks. The Joy-Con (L) and Joy-Con (R) produce different sounds, and swinging them together creates a cymbal Crash. The game can also be played with a Pro Controller, but no matter how you choose to jam, you'll be creating awesome Drum lines in no time. By fashioning your own beats to the game's library of songs, you'll earn metal power that can be turned against the aliens! the retail 'world Tour' Edition Includes the base game as well as the 'Encore' DLC Pack, which adds 5 new characters, each their own unique story and song.