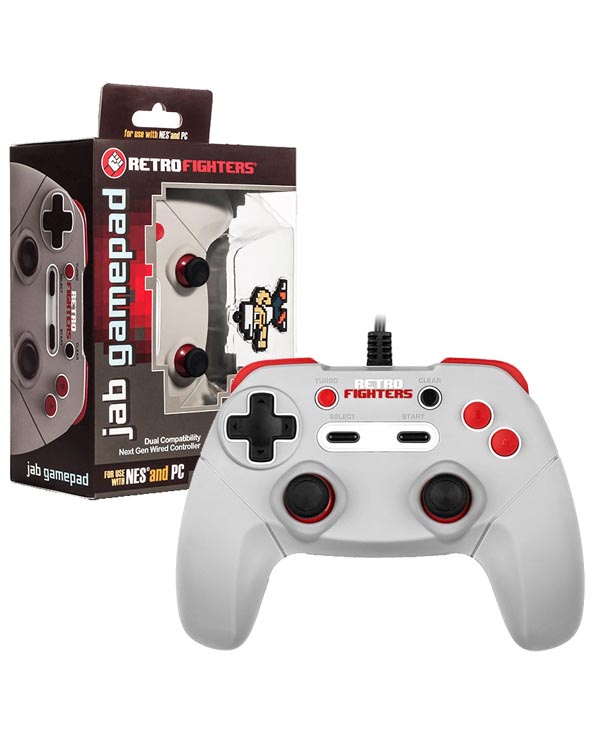 The Retro Fighters "Jab Gamepad" is the first NES compatible controller to be completely redesigned with next generation features and attributes. Providing a new way to play your favorite classic NES games, the next gen styled controller has a completely updated look over the original NES controller.

A one-of-a-kind Next Gen NES Controller!

The Retro Fighters NES controller features an ergonomically shaped controller, which ensures the best gaming experience and a comfortable grip. The custom D-pad puts less stress on thumbs and provides a comfortable grip. Repositioned "B" and "A" buttons allow for a more comfortable and engrossing experience. Shoulder and trigger buttons are added and can be used in conjunction with analog sticks or the D-pad to allow for numerous button combinations.

The ultra smooth and responsive analog sticks can also act as buttons, allowing any game to be played solely using the analog sticks. Finally a turbo function was added to the controller for games where a little extra help is needed.

These additions make it the ultimate versatile NES controller for any genre of games and for all types of gamers. The Retro Fighters Jab NES Controller offers a new way to play your classic retro games!