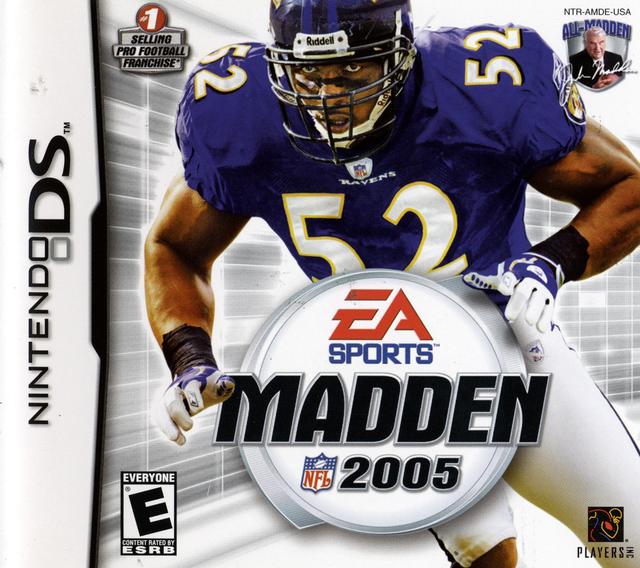 Madden NFL 2005 shines as a prime example of how two screens are better than one.

If there's a complaint about playing a football game against another player it's that the other player can see, generally, what play you're trying to call. Although several games do their best to let you "mask" your play calling, the opponent still has a general idea of what play you will run based on what's on-screen.

Enter the DS. The touch screen works as your playbook and your telestrator. Between snaps, the touch screen displays your playbook (for your eyes only). Use a stylus to select the play you want from the grid. The grid shows six plays on the screen and more you can access through cycling. Now your opponent can only guess if you're going to run and pass based on your formation and not the plays he's seen on-screen.

If the defense doesn't set up to your liking, touch the Audible square on the touch screen. This brings up a screen of four different plays that you preset. The touch screen removes from the equation your ability to remember which audible goes with which button. Now, just look at your options and touch a new one.

When you're not selecting plays with the touch screen, the touch screen displays the gridiron. Defense players show up as X's and offensive players are O's. Each O that is an eligible receiver is filled in with a corresponding button. As the play runs, the X's and O's move. Watching the X's and O's instead of the players on the top screen actually makes passing easier.

With the touch screen, you see the whole field, who's open and what side the defensive pressure is coming from. Once you see your player with no X's around him, launch the pass. Odds are, you'll get a completion. The same isn't necessarily true for rushing, but you could play your entire game based on the X's and O's screen.

Not that you want to. The 3D graphics are the best you've ever seen on a handheld. The quality is so good that EA wasn't shy about putting a player's face next to his name when his stats show up. That might not seem like a big deal, but it's the little things that will impress you about this game. And if the little things don't impress you, the hard-hitting defense will.