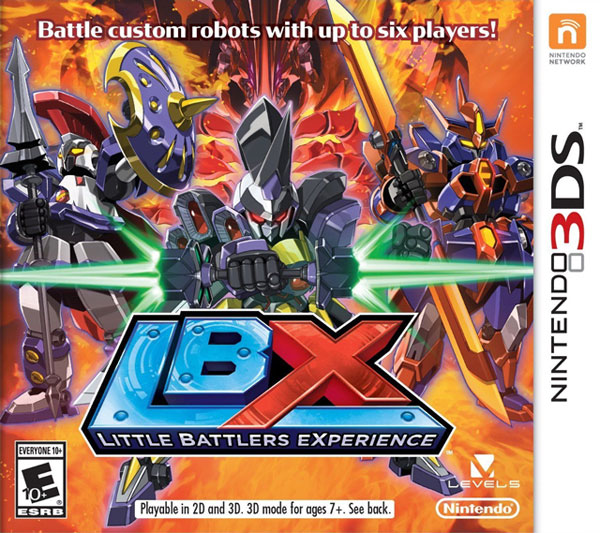 Just like the popular anime and toy line, LBX: Little Battlers experience lets players build, customize and battle robots using more than 130 models and more than 4,000 in-game parts. Up to six players can connect via local wireless to battle it out and see whose robot emerges victorious when the game launches on Aug. 21.

Customize Your LBX to Create Over 30,000 Designs!

In 2050, customizable palm-sized robots known as LBX are pit against each other in battle, and now you can get in on the action! Customize your LBX to create one of more than 30,000 possible designs from over 130 sets. Then wage robot war in real-time battles! Team up with characters from the TV series, or take on friends in local 3-on-3 battles*.

Obliterate your enemies across 20 different battlescapes, from deserts to open plains and even an erupting volcano. You can equip your LBX with 9 different weapon types that unlock powerful special attacks used to pulverize enemies. To continue the excitement of LBX, additional models, quests, and LBX cards will be distributed online for even more content**.

2. Way of the Samurai (PlayStation 2)