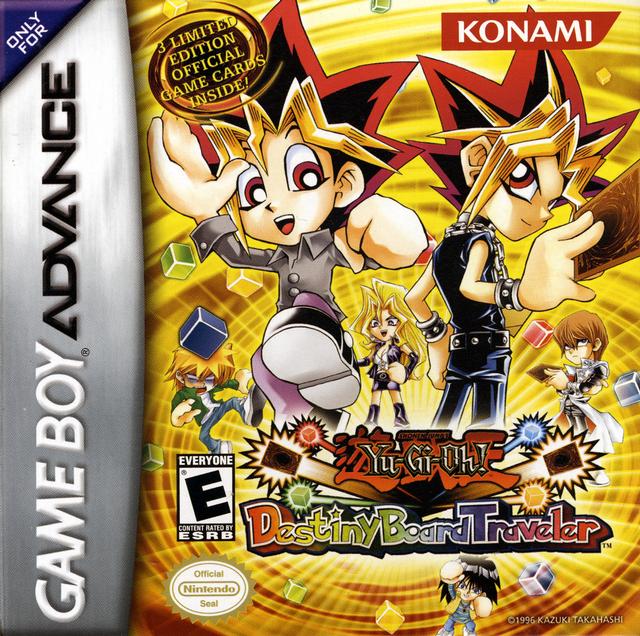 Roll with this card-battling board game.

Looking for a new way to duel? Yu-Gi-Oh! Destiny Board Traveler melds the wildly popular trading card game with a board- game format that makes for a vigorous new way to play Yu-Gi-Oh!

If you're looking for something original, Destiny Board Traveler is it, without question. To win the game, you must have enough victory stars on your ranking. Every time you summon a monster, you get stars equal to that monster's level. So if you successfully summon a four-star monster, you'll get four victory stars toward winning the game.

At the beginning of a game, each of the four characters starts at a corner spot on the 5x5 square board. The corner squares are "free spaces" of sorts. Cards of unknown creatures sit on the rest of the board's spaces. Once you land on a spot, your monster duels the monster that is already on the square. The monster with the greater power wins the square and the other is either interred in the graveyard to put back in its owner's hand. If your monster wins the square, you get victory stars equal to your monster's star level.

To move around the board, you set the monster cards from your hand to a six-sided summon die. If you have seven cards in your hand, obviously there's one that can't go on the die. After setting your monsters, you roll the die. You move your character as many spaces as the star level of the monster. So if the monster has four stars, you move four spots on the board. Your monster then duels the one that's on the spot you landed on.

At the beginning of the game, you can set the win condition for the game. The default is 15 victory stars, but you can set it from one to 250, which is ridiculously high.