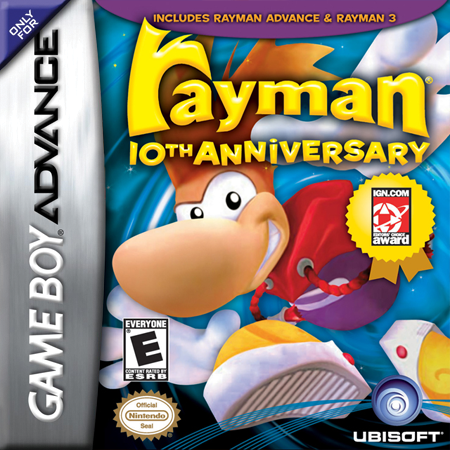 Rayman 2: The Great Escape In this platform shooter, Rayman must recapture his magical powers while rescuing his imprisoned friends from intergalactic robotic enemy pirates led by Admiral Razorbeard. As part of this epic quest, Rayman must piece together four magical masks that will awaken a sleeping god who can destroy the robots and reclaim the planet from Razorbeard.

Rayman 3 Hoodlum Havoc: Rayman's friend Globox accidentally swallows the evil Andre, incurring the wrath of the Hoodlum army. Rayman must find a cure for Globox, scour the land for unearthly new powers, and win the allegiance of a fierce warrior-tribe known as the Knaaren in order to save the world from the Hoodlums.