Lord of the Rings: The Third Age  (Game Boy Advance) 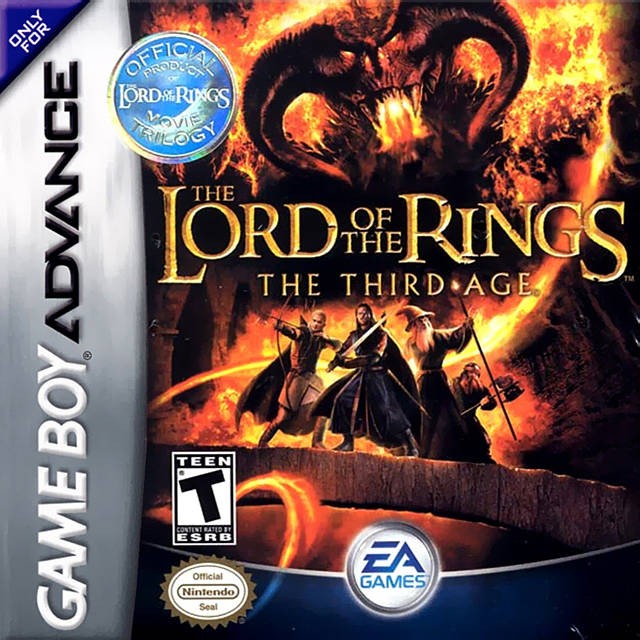 The complete condition of pre-owned Lord of the Rings: The Third Age includes Manual, Box

All of Middle-earth, in the palm of your hand.

The battle for Middle Earth turns strategic in the tactical battle game The Lord of the Rings: The Third Age.

The ongoing struggle of the Fellowship vs. Sauron continues on the Game Boy Advance. Show your strategic might and play as either the Fellowship or the army of Sauron. Although the story will be a familiar one (the game follows all three LOTR epics), the game focuses almost exclusively on field battles. After choosing your main hero at game's begnining, most battles call for you to draft two heroes that will command the flanks of your army. The field of battle is divided into thirds, with your hero commanding whatever troops are in his zone. If you move troops across zones, they will come under a different hero's command.

Each hero has a different leadership ability number. If a hero has a leadership number of 0-4, that means he will give out zero to four orders to his troops per turn. At the beginning of each turn, the number of commands allotted for each flank is determined at random based on the hero's leadership ability. If a flank's hero is defeated, the flank is stuck with zero to one move per turn for the rest of the battle, or until the cross into a zone with a hero.

Before a battle, the game displays how each side can score points. Good usually gets two points for defeating an evil hero. The first side to reach the determined number of points (usually 12) wins the battle.

Most heroes can upgrade their skill sets to help rally the troops. Gandalf, for example, can upgrade his abilities for Inspire and Blinding Light. With Inspire, Gandalf can increase the number of orders he can give his troops. If the enemy's morale is low, Blinding Light can force those troops to flee from Gandalf's flank. Special events also show up during battle. These range from giving your troops a major boost with Onslaught to taking away all your command points for a turn with Disorder.

If you choose to play in Sauron Mode, a fallen hero becomes permanently unusable in battle. Otherwise, fallen heroes become unavailable for the next battle while they're healing. The game features three difficulty levels to really put your tactical skills to the test. Don't let you're troops down. They're counting on you!

Grab a friend and a Game Boy Advance Game Link Cable or Wireless Adapter and wage some war. You can once and for all prove who the better commander is. You can also unlock items and characters that can be used in Multiplayer battles.