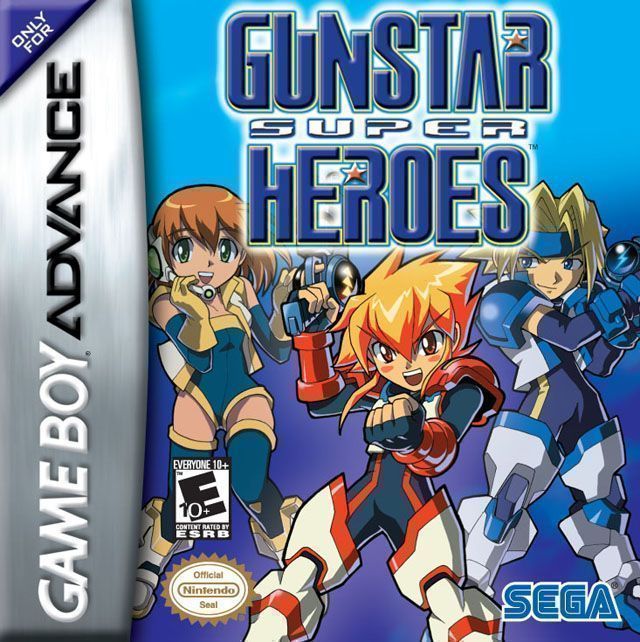 The Heroes of Gunstar Super Heroes must once again keep a crystal of great power from falling into the hands of an evil empire, which is intent on resurrecting the God of Ruin. Two playable characters, Blue and Red, take on the same adventure using different paths, effectively creating two unique play-through experiences. Using three different styles of weaponry, Rapid Fire, Automatic, and Explosive, players will tackle six wildly inventive levels and take on gigantic bosses that fill the entire Game Boy Advance screen.

Intricate platforming, precision gunplay and brilliant visuals combine to create a revelatory experience for newcomers and a major gaming milestone for hardcore fans. This is Treasure doing what they do best, and they've clearly had a lot of fun during the game's development process.

Releasing just in time for the 10th Anniversary of Gunstar Heroes, This highly anticipated sequel is sure to be talked about by gaming enthusiasts for years to come.