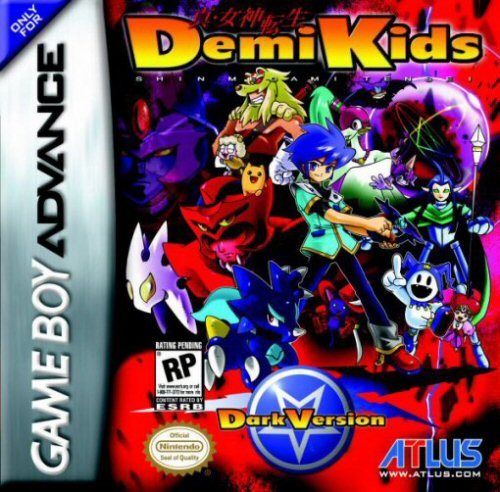 The year is 200X. Jin (main character of Light Version), Akira (main character of Dark Version), and Lena are 6th grade friends who have grown up together. They are also members of the "Mystery Club" which searches for interesting and mysterious things. While snooping around the school's library, they happen upon a mysterious book containing various spells and incantations. Curiosity overwhelms the group as they decide to carry out a summoning ritual, unprepared for the consequences... To their surprise, an evil demon appears and their only hope comes from a peculiar new student, Amy, who gives Jin and Akira the power to capture and summon demons by way of the gun-like Demolyzer. They are also joined by Rand and Gale, guardian demons sent to protect them.

Meanwhile, a time rift appears outside the school, and a strange phenomenon occurs. The flow of time has been disrupted, and the events in their world are locked in a recurring loop. Every time the main character tries to leave school, time reverts back to when school was dismissed. However, Jin, Akira, Lena, and Amy are the only ones who recognize the bizarre circumstances. The other students go about their business as if nothing's happened. Trapped in a time loop, the main characters begin to wonder what will become of the future. Unexpectedly, Amy reveals that she has come from another dimension, Valhalla, to find a savior from this world. She insists that this mysterious phenomenon signifies a terrible turn of events in Valhalla. Jin, Lena, and Amy go through the "Door of Time" to the world of Valhalla. In this world, demons and angels brandish their powers under the emperor while humans are oppressed. Jin, Lena, and Amy team up with the DemiKids of Valhalla to fight as rebels against the emperor's army.