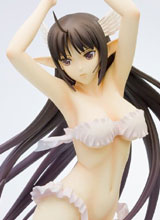 Based on 2007's PlayStation 2 game and the latest in the 'Shining' series of over-18 games and an anime series 'Shining Wind' comes an all-new version of the beautiful heroine, XECTY GODDESS OF WIND!

One of Baelgard's four guardians, Xecty is an artificial life form created by Hiruda from Celestia's genetic material. While previous versions of the clone have appeared in various military regalia, this new one celebrates Xecty as a goddess of nature. Based on the cover art illustration of 'Tony's Art Works from Shining Wind,' Xecty is the second in a sub-series of 1/6th-scale goddesses following Elwin Goddess of the Forest.

The radiant beauty gracefully rises up out of a flowing windy base, appearing to float in the air. Xecty is posed with her arms above her head, highlighting the curves of her body. The goddess wears nothing but a tiny bikini-like garment that resembles translucent white ribbon and leaves little to imagination. As her hair flows down behind her, Xecty's long ears and the white angel wings protruding from her head sweep backwards, away from her serenely attractive face. Sculpted by Hirotoshi Nakamura, Xecty is 12 1/2' tall (1/6-scale) and comes packaged in an attractive window box. 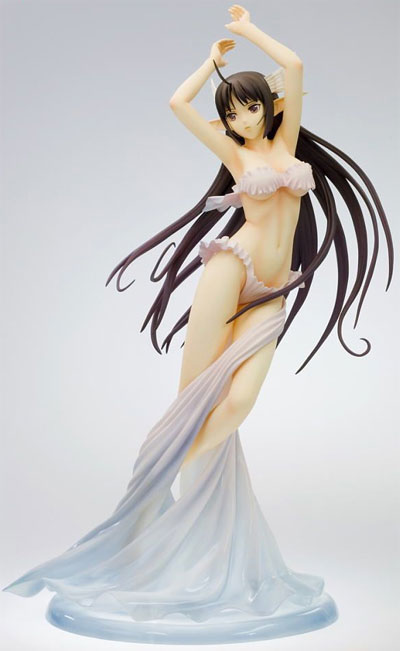